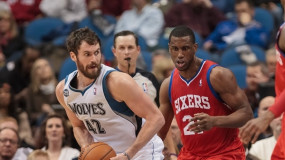 Staring down the barrel of Kevin Love’s departure, the Minnesota Timberwolves are eyeing Thaddeus Young as his potential replacement. Because, sure. Marc Stein of ESPN.com has the juicy deets: The Minnesota Timberwolves have expressed interest in Philadelphia 76ers power forward Thaddeus Young as a potential replacement for Kevin Love, according to sources close to the [...] 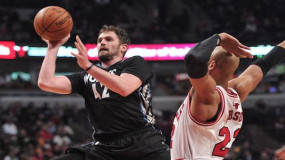 Someone, anyone, must explain the Chicago Bulls’ sudden infatuation with Kevin Love. After adding Pau Gasol to a frontcourt rotation that already includes Joakim Noah and Taj Gibson, and after basically removing themselves from the Carmelo Anthony sweepstakes by asking him to take a ridiculously large pay cut, the Bulls are apparently making a competitive [...] 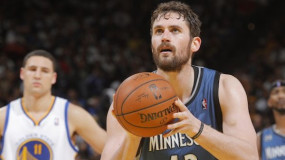 The Golden State Warriors and Minnesota Timberwolves are discussing a trade for All-Star Kevin Love. Again. From Jon Krawczynski of the Associated Press, via MassLive.com: The Minnesota Timberwolves and Golden State Warriors have reopened trade talks for All-Star forward Kevin Love, a person with knowledge of the situation told The Associated Press on Tuesday. With [...] 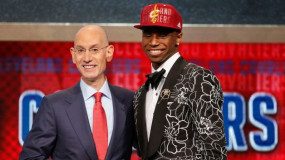 With the first pick of the 2014 NBA draft, the Cleveland Cavaliers selected the best gotdamn future-peddler to ever traipse his way up to the storied podium. Andrew Wiggins. Everyone who was worried that the Cavs would make the wrong decision this year is able to breathe. Wiggins was the right pick. For Cleveland, he [...]

Kevin Love Would Sign With Cavs if They Had LeBron 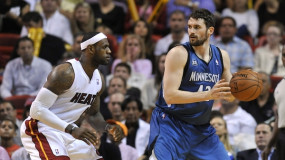 Kevin Love would welcome the opportunity to play with LeBron James. Him, and a few hundred other NBA players. According to ESPN.com’s Andy Katz, the Minnesota Timberwolves reportedly rejected an offer for Love from the Cleveland Cavaliers that was built around the No. 1 pick in this year’s draft, which turned out to be Andrew [...] 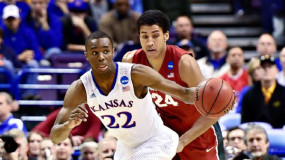 Passive. Shy. Polite. Quiet. All of those words could have been used to describe NBA draft prospect and Kansas Jayhawks alum Andrew Wiggins a few weeks ago. But now he’s turning those assumptions typically associated with moderate NBA success inside out and exuding confidence and bravado and outspokenness we never really saw while he was [...] 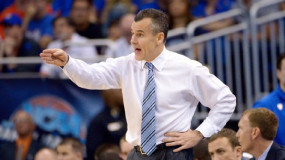 The search is on. Less than two days after stunning the NBA by winning the draft lottery, despite a paltry 1.7 percent chance of doing so, the Cleveland Cavaliers have turned their attentions to finding someone to replace the departed Mike Brown. And according to ESPN’s Brian Windhorst, their search has led them to Florida’s [...] 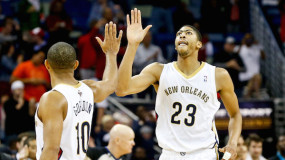 Damn. What’s a four-letter word for “this totally sucks, but it wouldn’t have sucked if it had happened a tad sooner?” Yeah, let’s stick with damn while really thinking about dropping F-Bombs. In untimely fashion, the New Orleans Pelicans announced Thursday that Anthony Davis and Eric Gordon will miss the remainder of this season: The [...] 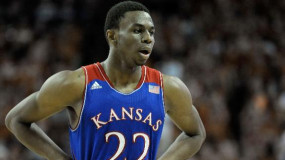 Tanking is done for a reason in the NBA. Remember that. Never forget it. Deliberate losing is not supposed to be done in vain. A light is supposed to exist at the end of the tunnel, in the NBA draft, where a future superstar theoretically waits. That’s why teams tank. That’s why they lose, why [...] 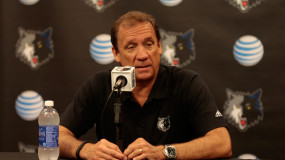