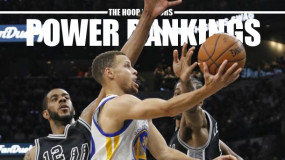 Grab those tissues. No, put the hand lotion down. Perverts. You need those for crying. The final installment of power rankings for the 2015-16 regular season is here. We will spend our final time together focusing on the playoff picture and first-round matchups. The Golden State Warriors are still the best team ever, the Chicago Bulls [...] 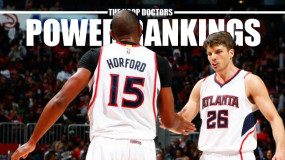 With April on the horizon, so too are the NBA playoffs. And the league’s power structure is getting topsy turvy as a result. The Golden State Warriors are still chasing history, because, well, the Golden State Warriors chase history. The San Antonio Spurs, Cleveland Cavaliers and Oklahoma City Thunder have all entered rest and relaxation [...] 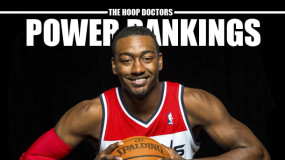 It has finally happened: There is movement within the top-most part of our NBA power rankings. The Golden State Warriors and San Antonio Spurs still sit where they sit, and the Toronto Raptors refuse to relinquish fifth place. But chaos has been restored just about everywhere else, in large part because the Atlanta Hawks, Charlotte [...] 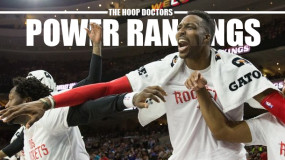 Brace yourselves: This marks the fifth consecutive week in which there is no change within the top seven of our NBA power rankings. We’re not even talking regardless of order, either. The streak would be longer if we cared not for the exact position of every top-seven team. But we do care, and the Golden State [...] 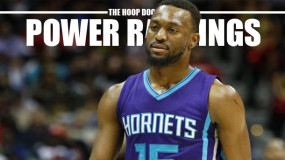 Here’s to elitist consistency! Never, in the history of these power rankings, has the NBA’s top-most block been more unchanging. The top-10 squads are pretty much set for the rest of the season. They might jostle for position among one another, and there are a few wild cards, such as the Charlotte Hornets and Portland [...] 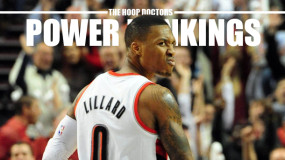 Is the NBA getting predictable? That’s a question we’re left to ask ourselves after blazing through this addition of the NBA power rankings. There are some surprises, sure. But, for the most part, movement is stifled. The top one-third of the league remains pretty stationary, while the five to seven bottom-most feeders are jostling for [...]

NBA Power Rankings: Where the Eastern Conference is Up For Grabs 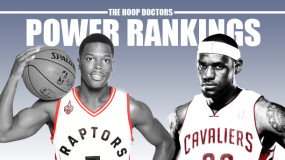 Smell that? It’s the scent of the NBA’s stretch run. Urgency is officially overtaking the Association. Teams still have more than one-quarter of their schedule left to play, but the ramifications of early-season happenings are becoming real. The Portland Trail Blazers are rising; the Houston Rockets are falling; the Chicago Bulls are standing steady after [...]

NBA Power Rankings Ahead of the Trade Deadline 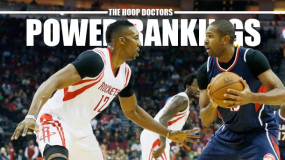 Last time we met, we were preparing for the NBA’s All-Star break. And, well, we’re still on that gosh darn All-Star break. The NBA returns to action on Thursday, Feb. 18. Incidentally, that’s the same day as the league’s trade deadline. I’m sure that won’t be a chaotic time at all. It will be totally [...] 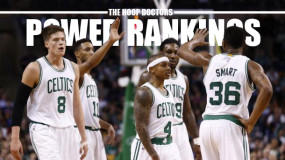 Here we come, NBA All-Star break. Which means here comes the NBA playoffs! More than half of the Association’s 2015-16 season is in the books, and save for a cluster of steady teams at the top of our power rankings, the league’s hierarchy knows no order. For every certainty like the Warriors, Spurs, Cavaliers and [...] 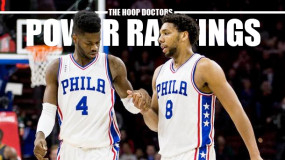 Half of the 2015-16 NBA season is in the books. Pat yourself on the back. You’ve done it. You’ve watched, you’ve cheered, you’ve moaned. You’ve wondered why it’s taken the Suns so damn long to sell off Markieff Morris. You’ve pondered the meaning of life whenever the Spurs or Warriors take the floor. You’ve lamented [...]