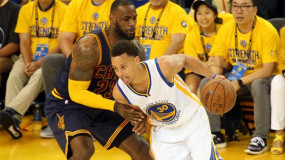 We’re finally here at the NBA Finals, and it’s the matchup we all wanted: a rematch. What would’ve happened last year if Kevin Love and Kyrie Irving were healthy? We’ll come close to finding out. Also, is the Summer of Kevin Durant going to be as exciting as initially expected? Kevin Burke discusses… If you [...] 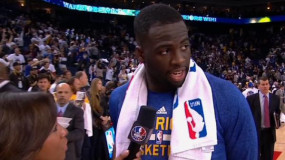 The conference finals have been somewhat highlighted by errant kicks and punches and Draymond Green and Dahntay Jones. A suspension was handed out for Jones, but will that be the case for Green? Golden State’s game 3 loss was very bad. How will they bounce back. And cause for concern in Cleveland after dropping game [...] 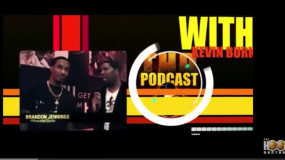 And then there were four. The Conference Finals matchups are set. In the East, we have the Cavs and Raptors, and in the West, Golden State versus OKC. What has to happen in order for each team to be able to advance? Also, is Gregg Popovich’s treatment towards the media funny or has it now [...] 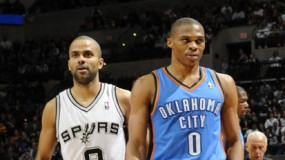 Since he’s already been injured twice so far in these playoffs, when should Steph Curry truly make his return to the court? Do they need him vs. Portland? Does OKC have a chance versus the Spurs, and does the Luke Walton hire in Los Angeles make much sense? Kevin Burke discusses… Please enable Javascript to [...]

THD Podcast, Ep. 168: Are the Clippers Better Without Blake? 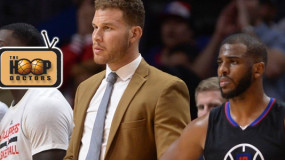 The Spurs recently loss by double-digits to Golden State and Cleveland. What’s going on there? The Clippers are rolling without Blake Griffin. Are they better without them? And, here’s the deal with selecting All-Star Starters…. Please enable Javascript to watch this video If you have a question that you would like answered by Kevin on [...] 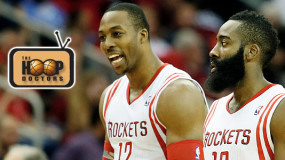 Is it true that Dwight Howard is unhappy with his role in Houston? Will he leave in free agency, or will Houston try to trade him first? Will Kobe start in the all-star game and why in the world are the Warriors upset that the Bucks “celebrated” too much after handing Golden State their first [...] 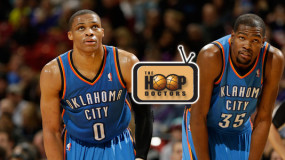 The season is barely three weeks old, but a legitimate question needs to be asked: Can the Warriors win 70 games? With Kevin Durant hurt again, is Russell Westbrook secretly enjoying being “the man?” Who would you rather have as the key player on your squad? And Porzingis is ballin’ in NY. Kevin Burke discusses… [...]

THD Podcast, Ep. 165: All Things 1st Round of Playoffs 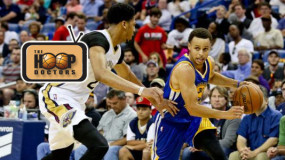 As we are just now starting the playoffs, who will win in the first round, which team has the best chance to pull off the upset, who has the most pressure and who is most likely to be swept? Kevin Burke discusses… Please enable Javascript to watch this video If you have a question that [...] 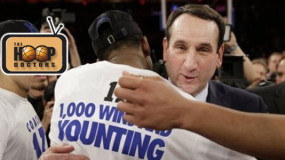 Welcome back, Paul George! But couldn’t have found lower cut sneakers to use in your return from a leg injury? Is Bo Ryan really serious about his Duke criticism? Here’s how Harden can win MVP. Kevin Burke explains….. Please enable Javascript to watch this video If you have a question that you would like answered [...]

THD Podcast, Ep. 163: Does Kentucky Feel Pressure and Should KD Come Back? 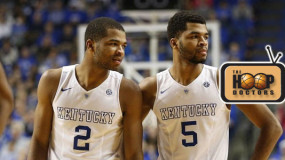 The NCAA tournament is in full swing and all eyes are on Kentucky. Does their perfect record add any extra pressure to these players? And Kevin Durant’s foot is still sore. Should he bother coming back at all this season? Kevin Burke discusses… Please enable Javascript to watch this video If you have a question [...]