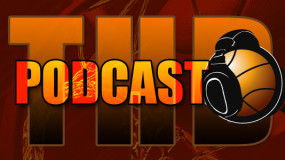 March 22, 2010 – THD Podcast March Madness is upon us. Kevin this week talks about everything from the Georgetown Hoyas upset in the first round of the NCAA tournament, to his theory on why it’s obvious the NCAA wants Duke to win it all. In the NBA chat, we dive into the Danny Ainge [...]

March 15, 2010 – THD Podcast This week in THD Podcast, Kevin Burke discusses the week ending on March 14, 2010 in the NBA. Kevin Burke also talks about the NBA Playoff Race, NCAA March Madness, Allen Iverson, Kevin Durant, and why people hate on the Duke Blue Devils… If you often find yourself too [...]

March 8, 2010 – THD Podcast This week in THD Podcast, Kevin Burke discusses the week ending on March 7, 2010 in the NBA. Rodney Stuckey’s collapse, Kobe Bryant’s obsession with MJ, Kevin Durant’s scoring streak, and Dahntay Jones trying to ‘man up’ on Carmelo Anthony to name a few. If you often find yourself [...]

March 1, 2010 – THD Podcast We want to welcome everyone reading this, to our first ever podcast on The Hoop Doctors. Our weekly podcast is hosted by none other than Kevin Burke. Episode 001 covers everything from the trade deadline moves, to talk about the playoff race heating up, to the week that was [...]