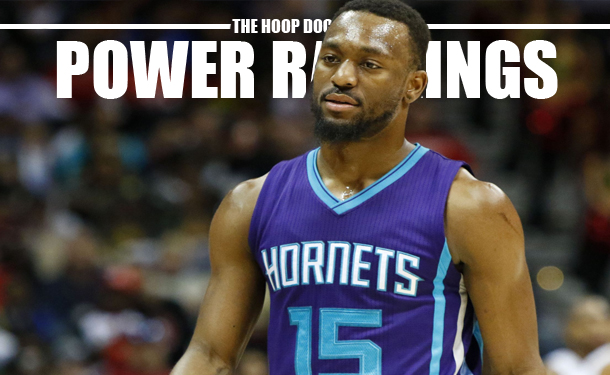 Never, in the history of these power rankings, has the NBA’s top-most block been more unchanging. The top-10 squads are pretty much set for the rest of the season. They might jostle for position among one another, and there are a few wild cards, such as the Charlotte Hornets and Portland Trail Blazers, who could play themselves outside of this exclusive clique. But, for the most part, the Association’s upper echelon is ironclad.

Any and all movement has come outside that group of studs, the one headlined by an unwavering top-six performers in the Golden State Warriors, San Antonio Spurs, Cleveland Cavaliers, Oklahoma City Thunder, Toronto Raptors and Los Angeles Clippers.

We have a new worst team in the league this week (shoutout, Philadelphia 76ers), while our King of the Middle remains the same (shoutout, Memphis Grizzlies). Some teams have suffered substantive drops (shoutout, Dallas Mavericks), others have enjoyed considerable rises (shoutout, Denver Nuggets).