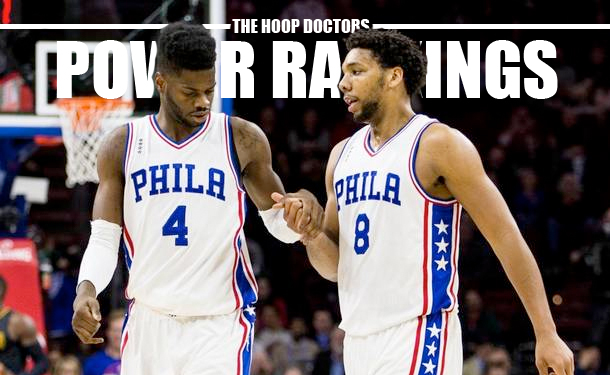 Pat yourself on the back. You’ve done it.

You’ve watched, you’ve cheered, you’ve moaned. You’ve wondered why it’s taken the Suns so damn long to sell off Markieff Morris. You’ve pondered the meaning of life whenever the Spurs or Warriors take the floor.

You’ve been impressed by the Raptors, seduced by the Celtics and disappointed by the Pelicans.

Most of all, you’ve been here, following along, even as the NFL, like it always does, has eclipsed the first half of the NBA season. So congratulations! You’re reward is a cookie and some power rankings.

I’ll bring the power rankings. You bring the cookie.