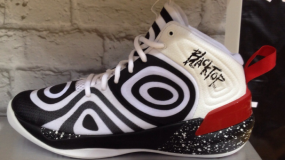 While looking thru still from the 2014 Reebok Breakout Camp held at Philadelphia University in mid-July on display were these two upcoming, unannounced Reebok sneakers. One pair is labeled as being apart of the Blacktop division which is the Reebok basketball sneakers made with outdoor hoops in mind while the other has a training shoe [...] 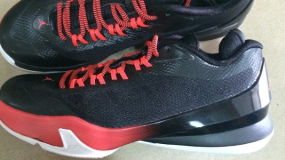 When it comes to Jordan sneakers, many sneakerheads tend to stick with the Retro versions, or the Air Jordan sneakers from the top tier line that Michael actually wore while playing (Jordan 1 – 17). This leaves a lot of signature Jordan sneakers for players like Carmelo Anthony and Chris Paul left to take a [...] 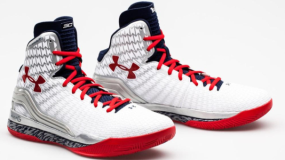 While trying out for Team USAB team in Las Vegas, Stephen Curry previews all three heights of the upcoming Under Armour Clutchfit Drive basketball sneaker. Ankle problems and Stephen Curry seemed to go hand-in-hand, so it makes perfect sense that Under Armour (a brand that does a fantastic job when it comes to dealing with [...] 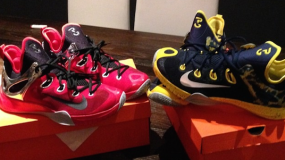 Social media has become the best and worst way to keep informed with current happenings. While not everything that goes up on an outlet like Twitter is reliable, it is safe to assume that if a NBA All-Star gives an unreleased sneaker a name; that is its name. Paul George took to his Instagram account [...] 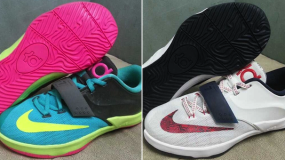 At a time where Kevin Durant has the time to ready himself for another Oklahoma City Thunder post-season run, Nike also seems to be ready themselves having the Nike KD7 ready to for store shelves. As far as performance sneaker features go, these two early pairs of the Nike KD7 look to feature Zoom Air [...] 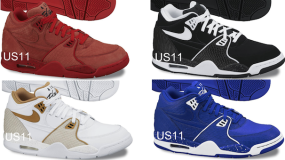 The Nike Air Flight 89 is one of the greatest sneakers ever. Designed by Tinker Hatfield in 1989, the Air Flight 89 is essentially a Air Jordan IV since it was released in the same year and shares the same exact midsole and outsole as Michael Jordan’s fourth signature sneaker. While 2014 marks the 25th [...] 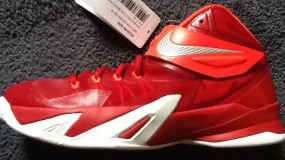 Most NBA players don’t ever get a sneaker named after them and only see their names on Player Exclusive shoes. Players who occupy that already small space almost never have multiple versions release, but LeBron James is anything but common. Check out a sample version of his eighth team sneaker; the Nike Zoom LeBron Soldier [...] 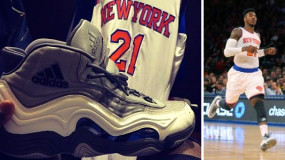 Originally debuted on the feet of Kobe Bryant in 1998 as his third signature sneaker with adidas, the adidas KB8 II looks like it will be re-releasing this year. We know this because Iman Shumpert has been wearing a grey colorway in the last few Knicks games. The adidas KB8 II will definitely be re-branded [...] 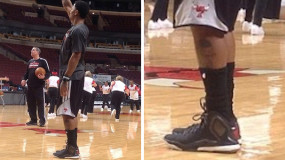 Unlike the 2012-13 NBA season, Derrick Rose actually made the return to the league only to, once again, be out for the rest of the season again. With the foreseeable return of the 2011 NBA MVP in the next season also brings a new signature sneaker. Seen shooting around before Chicago Bulls games now is [...] 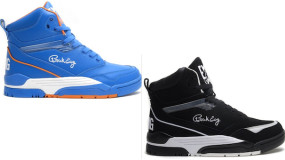 Ewing Athletics is going full steam ahead with the revived Patrick Ewing basketball sneaker line from the 1990s by going back into their archive to Retro release the Ewing Center Hi. Originally released in 1990, the Ewing Center returns in 2014 very true to the original with a very high collar around the ankle and [...]