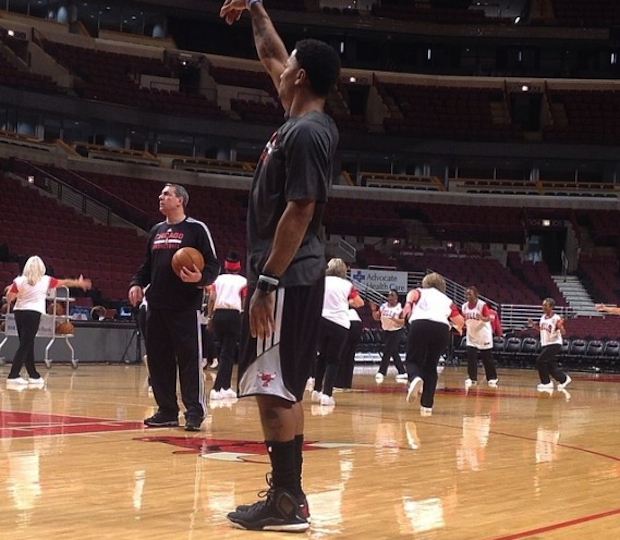 Unlike the 2012-13 NBA season, Derrick Rose actually made the return to the league only to, once again, be out for the rest of the season again. With the foreseeable return of the 2011 NBA MVP in the next season also brings a new signature sneaker.

Seen shooting around before Chicago Bulls games now is Derrick Rose in the upcoming adidas D Rose 5. While not much is known about this shoe yet, the major performance feature that know is on the D Rose 5 is the adidas BOOST foam cushioning. That alone could make this shoe the best performer of the Derrick Rose signature series with adidas; a title currently held by the adiZero Rose 2.5.

Look out for the official news on the adidas D Rose 5 whenever that is made available in our Official Release section. 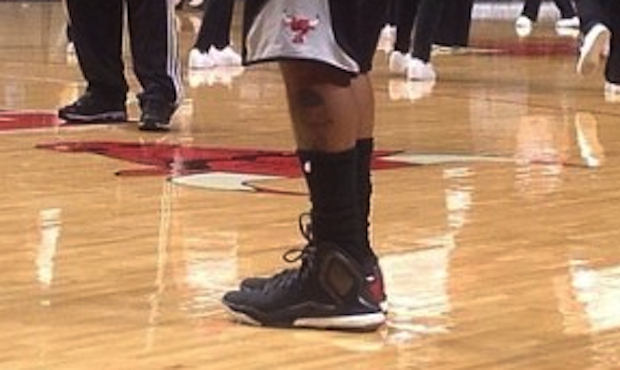