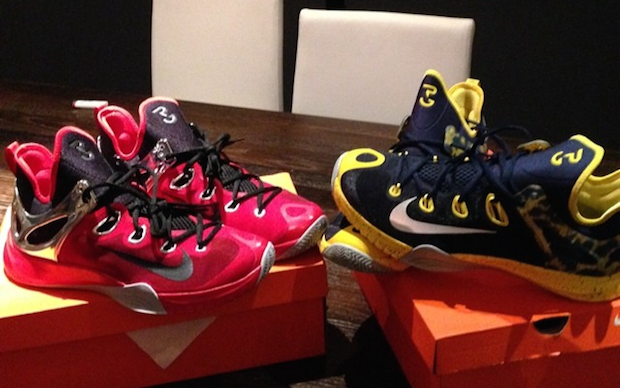 Social media has become the best and worst way to keep informed with current happenings. While not everything that goes up on an outlet like Twitter is reliable, it is safe to assume that if a NBA All-Star gives an unreleased sneaker a name; that is its name.

Paul George took to his Instagram account to provide an exclusive first look at the 2015 Nike Zoom Hyperrev.

I’ve seen early catalog images (which I am thinking about posting for you all to see) all with a different logo on the tongue to the insignia seen here seems to be a PE designation for Paul George.

And remember it's #Trece

They're not my signature shoe they are the 2015 hyper revs !

The sigs on the way tho #Nike

Cryptic tweets had many believing this shoe was an signature sneaker for George called the Nike Trece (which is the Swoosh’s attempt to legitimize the PG-13 nickname) but he quickly cleared that up as more-and-more people started taking the rumor as fact.

No official word from Nike about this Player Exclusive or even when the new Zoom Hyperrev releases.