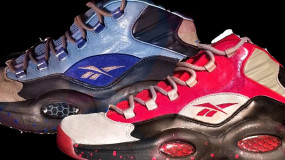 The official retirement of Allen Iverson from the NBA will not affect the steady re-releasing of his sneaker line with Reebok in the slightest thanks to the signature series being more popular than ever. NYC graffiti artist STASH is becoming well known for his collaborations on sneakers and here we see two pairs of the [...] 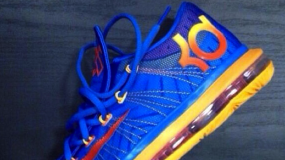 The start of a new year means that the NFL is coming to and end and sports media returns to focusing on the NBA and I couldn’t be happier about it. All the teams have about 25 more games left in the season so the NBA… With the season over half-way done, On glance without [...] 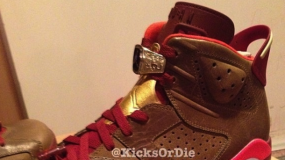 So I’m going thru the normal process of gathering content for the site and I learn that 2014 will have the first Air Jordan Retro that I’ve been excited to get my hands on, in years. And a new colorway at that. The ‘Championship Cigar’ Jordan 4 gives off the appearance of having brown lux [...] 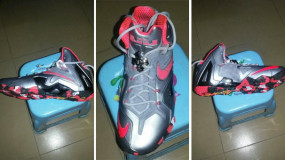 It wasn’t until the end of November that LeBron James wore the Nike LeBron 11 for an entire NBA game and that hasn’t happened very many times since. Seems as if Nike has re-“engineered to the exact specifications of LeBron James”-(that is what is written somewhere inside every pair) and addressed the sneaker’s issues as [...] 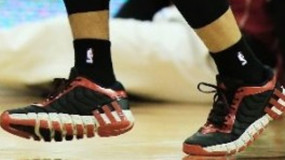 Shortly after leaving Nike to sign an endorsement contract with adidas, Jeremy Lin not only debuted the upcoming adidas Crazyquick 2 but did so wearing the lowtop form. Before adidas officially announced the endorsement of Jeremy Lin, what broke the news for me was seeing pairs of the Crazy Light 2 Lows with ‘JLIN7’ branding [...] 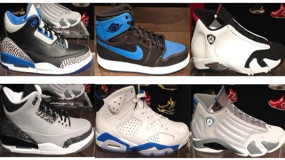 Being in the final few weeks of 2013, the sneaker releases from now to the end of the year are all known. Stay ahead of the curve by taking an early look at some Air Jordan Retro sneakers coming out next year. The ‘SP Blue’ Air Jordan VI (6) is also seen below signifying the [...] 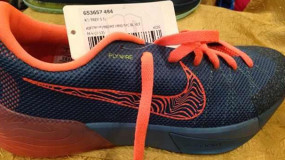 Signature basketball sneakers have always been good business ever since the days of Walt Fraiser and the suede Puma Clyde. Fast forward to the end of 2013 and hoop kicks made for a specific player are priced at an all-time high. Having a similar look to the current shoe Kevin Durant is wearing in the [...] 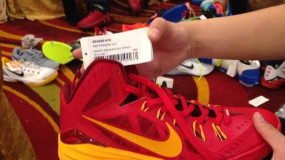 Being in the last month of 2013, I can’t help but look ahead to basketball sneakers coming out next year so take a very early look at a few of the kicks the Nike Basketball division has scheduled for 2014. Presumably seen displayed here is the Zoom LeBron Soldier 8, Lunar Hyperdunk 2014, and Hyperposite [...] 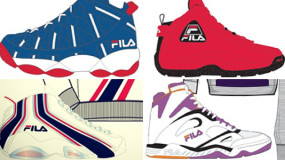 Retro kicks from the 1980s and 1990s are more popular than ever making it the perfect time for older basketball sneaker brands to reclaim their position in the sneaker realm. FILA has been making good use of the current environment According to the line drawings from the upcoming Spring 2014 catalog, we see a new [...]

FILA Grant Hill Sneaker From 1995 Scheduled For A Retro Release 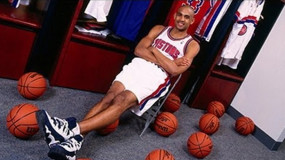