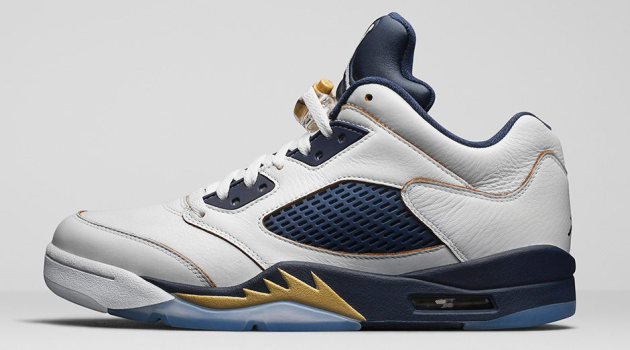 The lowtop Jordan 5 makes a big return in 2016 with this second, new colorway of the year.

Called the ‘Dunk From Above’ Air Jordan V Low, the fifth signature sneaker for Michael Jordan was originally designed after a World War II fighter plane and that inspiration translates well into the lowtop version.

The official press release from the Nike News page doesn’t mention if this is a Remastered edition or not, but the white tumbled leather seen on the upper looks high-quality. The navy counter-color with gold accents makes this new Air Jordan 5 Low colorway one of the strongest releases of the year.

The ‘Dunk From Above’ Air Jordan 5 Retro Low releases on Saturday, February 20th for $175 on the Jordan webstore at 10 AM EST. 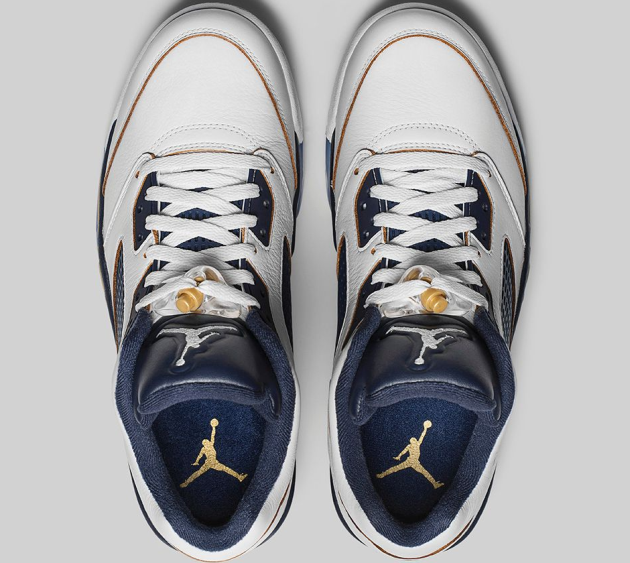 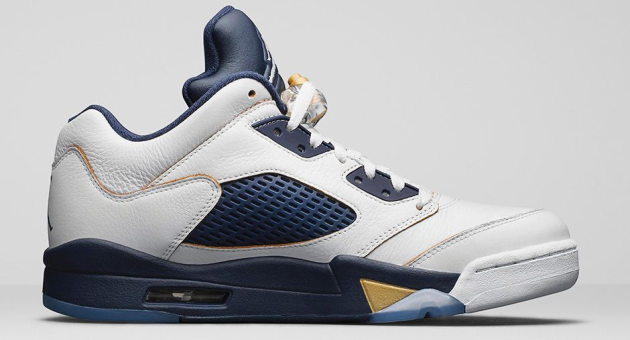 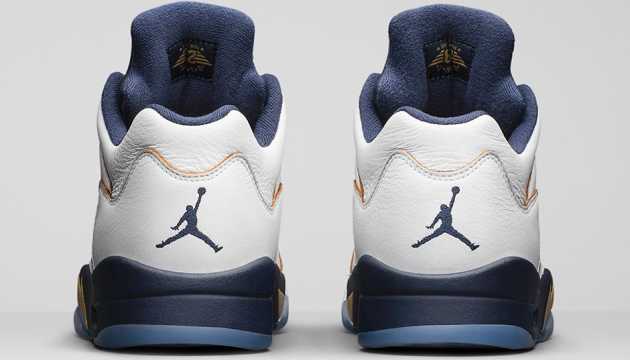