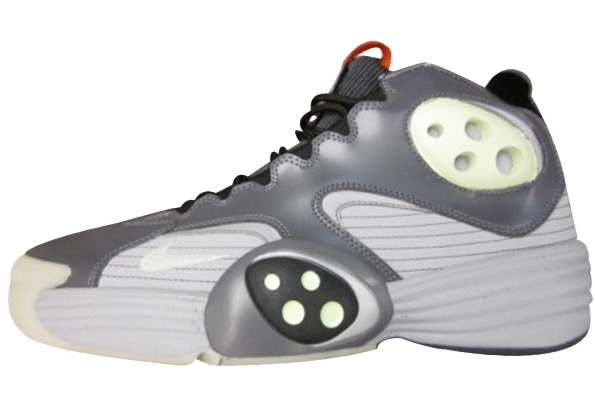 As with the last few NBA All-Star Weekends the sneakers released have a theme that varies between companies. Since this ’11 – ’12 season has more eyes on the league than in recent memory, Nike goes for the flashy by releasing their biggest signature sneakers in glow in the dark colorways. With this year’s event being held in Orlando, what better way to celebrate than to take a sneaker made popular by one of the best Magic players and give it the GITD treatment?

The Air Flight One made my list of Penny Hardaway’s top 10 sneakers and is set to return in a big way this year. Not much is known about where these will drop but since this will be a Quickstrike release and will likely fall on during All-Star Weekend don’t be surprised if they are limited to stores in the Orlando area.

Also scheduled to drop around the same time is the original ‘Orlando’ Air Flight One; something our avid readers have known about since November.