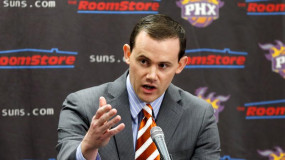 And the Eric Bledsoe saga continues. The latest: Another theory behind his (apparent) trade request from Phoenix Suns general manager Ryan McDonough. Here’s what he said on the matter, per Kevin Zimmerman of Arizona Sports 98.7 FM: “Eric (was) eligible for a renegotiation and extension of his contract … with two years left on his contract, we did [...] 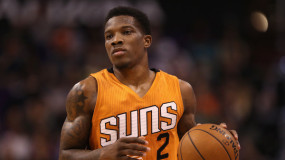 Welcome to Day 5 of Eric Bledsoe trade watch. If you weren’t paying attention during Day 4, don’t worry about it. Nothing really happened—though the Denver Nuggets certainly have more of an incentive to go all-in on a potential deal following their loss to the Detroit Pistons. Oh, and actually, the “nothing really happened” message [...] 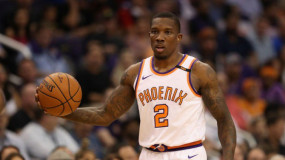 Everyone expects Eric Bledsoe to be on the move. The Phoenix Suns basically excommunicated him from the team and have been talking with a bunch of other squads about potential deals since his now-notorious “I don’t wanna be here” tweet. Most believe this saga will end quickly. It might have already reached its conclusion by the [...] 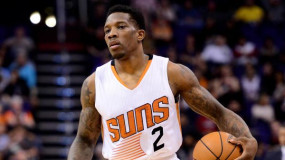 Eric Bledsoe has played his last game as a member of the Phoenix Suns—at least, that’s what the Phoenix Suns say. One day after the point guard basically requested a trade on Twitter, the team sent him home. General manager Ryan McDonough said Bledsoe had an excuse for the “I don’t wanna be here” tweet—saying [...] 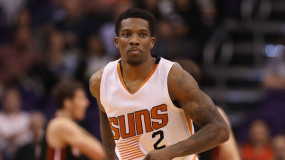 Eric Bledsoe may have requested a trade from the Phoenix Suns via Twitter on Sunday. At the very least, he tweeted something that is making us wonder whether he used social media to deliver a trade demand. Welcome to 2017. Here’s the tweet in question, which, as of this writing, remains live: DeAndre Jordan’s Twitter [...] 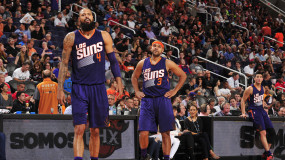 Eric Bledsoe is not the only member of the Phoenix Suns who figures to spend a lion’s share of the regular season shuffling in and out of the trade rumor mill. Tyson Chandler and Jared Dudley will be right there with him. From ESPN.com’s Zach Lowe: The Suns will surely listen if and when suitors [...] 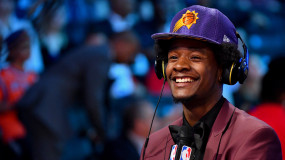 Josh Jackson doesn’t seem fazed by the Kyrie Irving trade rumors. He doesn’t even think the Phoenix Suns are going to get him. Asked about the situation during a recent appearance on SiriusXM NBA Radio, the rookie placed little to no weight in the rumor mill (via CBS Sports’ Jack Maloney): “I think if that [...] 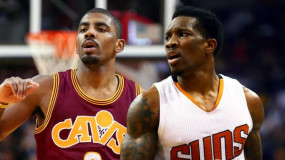 Good luck getting a read on how much the Phoenix Suns want to trade for Kyrie Irving. Reports maintain they have interest, but caveats abound—such as an apparent unwillingness to deal Devin Booker or Josh Jackson as part of any package. And now they have another stipulation, kind of: They’d like Irving to sign an [...] 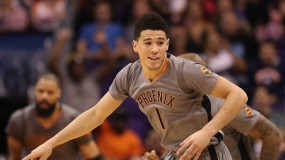 If the Phoenix Suns pull off a trade for Kyrie Irving, they won’t be giving up Devin Booker. Or No. 4 pick Josh Jackson. Ergo, they won’t be trading for Irving. Eric Bledsoe’s potential availability, fit with the Cleveland Cavaliers and the fact he shares an agent with LeBron James have rendered the Suns natural [...] 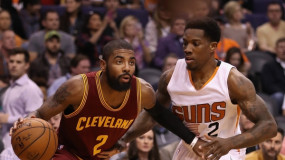 If the Phoenix Suns acquire Kyrie Irving from the Cleveland Cavaliers, it will not be at the expense of Josh Jackson. Ergo, they probably aren’t trading for Kyrie Irving. According to Arizona Sports 98.7’s John Gambadoro and ESPN.com’s Ramona Shelburne, Phoenix isn’t interested in forking over the No. 4 pick and have assured him as [...]