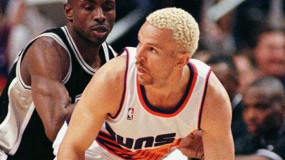 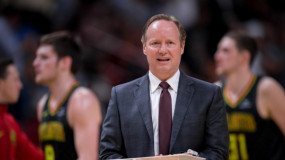 Mike Budenholzer will not be the next head coach of the Phoenix Suns. That this was even a remote possibility remains somewhat surprising. Budenholzer already has a gig with the Atlanta Hawks, and while the new front office regime inherited him, seldom do you see gainfully employed head coaches being granted permission to hold court [...] 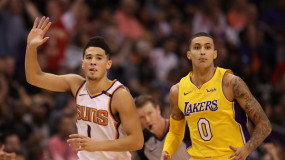 Is Devin Booker turned off enough by the Phoenix Suns’ struggles to avoid signing a max extension with them this summer? Not quite. From AZ Central Sports’ Scott Bordow: Booker said in October that he would be willing to sign the five-year, $156 million contract extension the Suns can offer him this summer. Asked if [...] 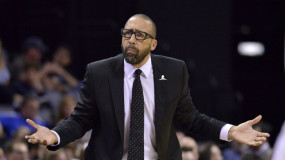 Though David Fizdale didn’t even last a season-and-a-half in his first head-coaching gig, it doesn’t sound like he’ll remain unemployed for the long. Most recognize his fit with the Memphis Grizzlies just wasn’t right. He apparently never got along with franchise cornerstone Marc Gasol, and whereas it seemed like he may be more open to [...] 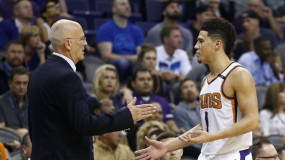 If Devin Booker had his way, the Phoenix Suns would keep interim head coach Jay Triano as Earl Watson’s permanent replacement. Unfortunately, though, he doesn’t have a say in these matters. Not yet. Maybe not ever. Only a handful of franchise stars do. But that hasn’t stopped him from campaigning on Triano’s behalf, per AZCentral.com [...] 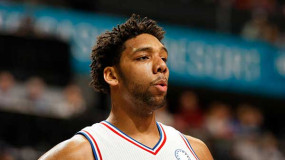 What’s next for the Phoenix Suns after trading Eric Bledsoe to the Milwaukee Bucks? Figuring out what to do with Greg Monroe. And then, maybe, striking a deal with the Philadelphia 76ers for Jahlil Okafor. From ESPN.com’s Adrian Wojnarowski: The possibility of a contract buyout could give the Suns freedom to be creative with an [...] 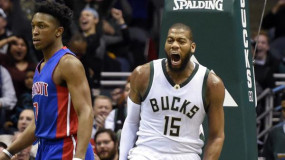 Greg Monroe will not be long for the Phoenix Suns. The big man is headed to arid Arizona after the Milwaukee Bucks struck a trade for Eric Bledsoe, but his stay should be short-lived. The Suns are currently trying to reroute him before discussing the possibility of buying out the final year of his contract, [...] 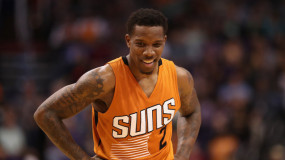 Eric Bledsoe trade watch is getting pretty boring. The Phoenix Suns have made it clear they have no plans to rush a trade, but most thought they still might hammer something out by now, if only to distance themselves from this public relations wart altogether. Bledsoe himself seems to have believed this would all be [...] 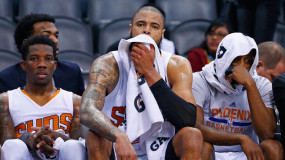 Entering Week 2 of Eric Bledsoe trade watch, we still don’t have a great idea of what the Phoenix Suns are looking for in potential returns. We know they’re angling for something or someone substantial, otherwise a deal would probably be done. And now, thanks to The New York Times‘ Marc Stein, we know they’re also [...] 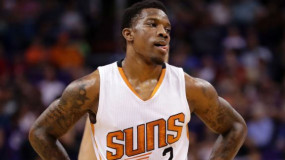 According to general manager Ryan McDonough, Eric Bledsoe has likely played his last game for the Suns. The news comes following a tweet from Bledsoe that said, “I don’t wanna be here.” The tweet caused speculation around the player’s future with the Suns and seemed to suggest that he wanted out. We reported that he [...]