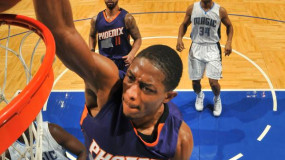 Ben Simmons Phoenix Suns jerseys are about to become a thing, assuming they aren’t already taking the city by storm. Eric Bledsoe is done for the season after suffering a torn meniscus; Tyson Chandler is playing his age; Markieff Morris is either playing terrible, injured, in head coach Jeff Hornacek’s doghouse or all three; the [...]

Phoenix Suns May Not Trade Markieff Morris After All 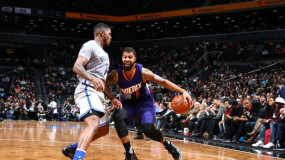 Sweet mother of all that’s ridiculous. Markieff Morris has seemed like a lock to be traded at some point this season for a while. The relationship between himself and the Phoenix Suns imploded once the team dealt his brother, Marcus, to the Detroit Pistons, and the Suns have re-entered NBA purgatory after losing Eric Bledsoe [...] 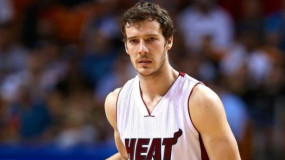 Goran Dragic does not miss playing for the Phoenix Suns. Amazing how far we’ve come, isn’t it? Dragic sort of revived his career in Phoenix, permanently establishing himself as a star talent at the point guard position during the Suns’ surprising 48-win 2013-14 campaign. But then that season ended. The Suns not only re-signed Eric [...] 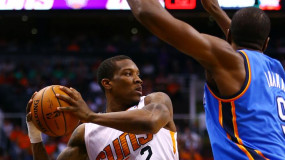 Lost in the Desert: How the Phoenix Suns once promising rebuild lost its way 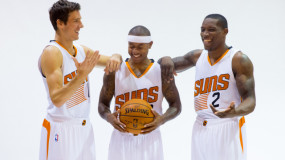 The final 20 minutes of the 2015 NBA Trade deadline were pure unadulterated insanity, a mixture of euphoria for NBA fanatics who obsess over trade rumors and player movement (me) and paranoia and panic for NBA GM’s and players. What seemed a few days prior to be a snoozer of trade deadline with what was [...] 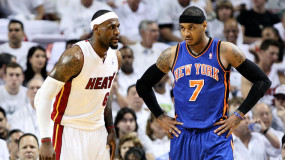 Hand it to the Phoenix Suns. They’re ambitious. Probably too ambitious. Okay, most definitely too ambitious. According to Yahoo Sports’ Adrian Wojnarowski, the Suns plan on pursuing a Carmelo Anthony-LeBron James dyad this summer in free agency: Armed with an offer that no else in the NBA can make – a chance to partner with [...] 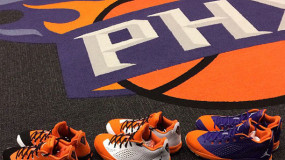 Late last week, Kendall Marshall took to his Instagram account to show some of what he would be lacing up this season only to run into a problem. He isn’t on a NBA team right now. After packaged as part of a trade that sent Shannon Brown, Malcolm Lee, Marcin Gortat along with Marshall to [...] 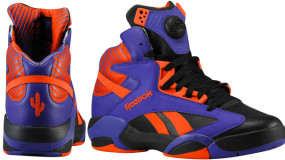 Inspired by the few seasons Shaquille O’Neal spent as a member of the Phoenix Suns, Reebok drew up this new colorway of the Shaq Attaq. For the ‘Phoenix Suns’ Reebok Shaq Attaq, the primary layer of black leather on the toe and purple on the heel lays underneath that of orange Vector branding & a [...]

Do Phoenix Suns Have Enough to Land Al Jefferson? 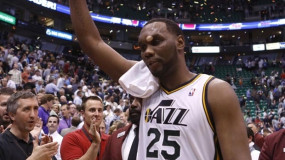 The Phoenix Suns seem hell-bent on making a splash leading into the NBA’s trade deadline, and their latest exploits have brought them to Utah Jazz center Al Jefferson. Per Paul Coro of The Arizona Republic, the Suns are interested in making a play for Jefferson and/or Gordon Hayward: The Suns also have shown interest in [...] 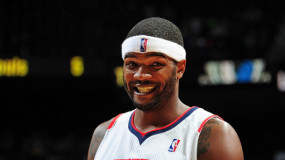 Let me take this opportunity to welcome you inside one month of the NBA’s trade deadline, where the visibly absurd threatens to become truth. Speaking of the visibly absurd, the Atlanta Hawks have never appeared more likely to deal Josh Smith than they do now. And no, that’s not the insane part. What’s crazy is [...]