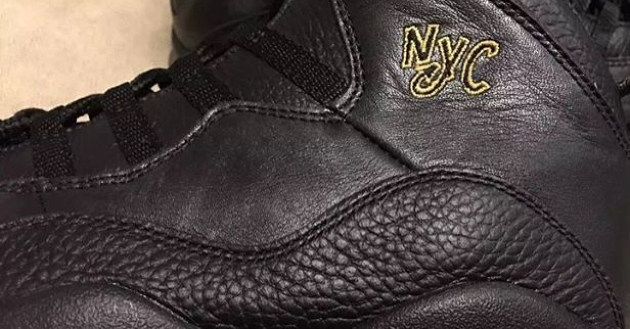 There was rumblings late last year that 2016 would be the return of the Air Jordan X City Series.

At first glance, this Air Jordan X looks to be constructed from two different leathers: a smooth leather seen on most of the upper, and a tumbled leather seen on panel overlays. This entirely black Jordan X (including tongue and heel Jumpman branding) is accented by gold seen on the inner tag, heeltab, and gold speckles on the translucent outsole.

The NYC stitching on the lateral (outside) of both sneakers is in the same font that has come to be associated with the Air Jordan 10 and used on last year’s 45 Chicago Retro. What interests me the most about this particular Jordan 10 is that very close resemblance to the unreleased ‘OVO’ Air Jordan 10 that Drake and others have shown on social media since the end of 2013.

No official word on the release date for the ‘NYC’ Air Jordan X Retro. Keep in touch with the Release Date portion of the KICKS section for an update. 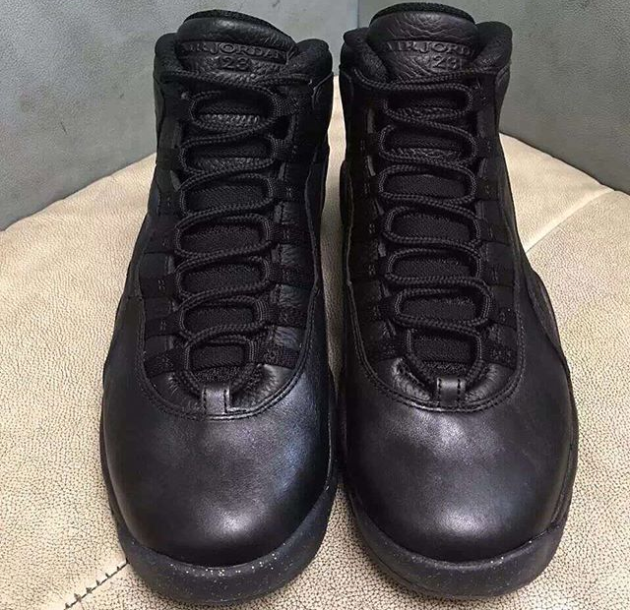 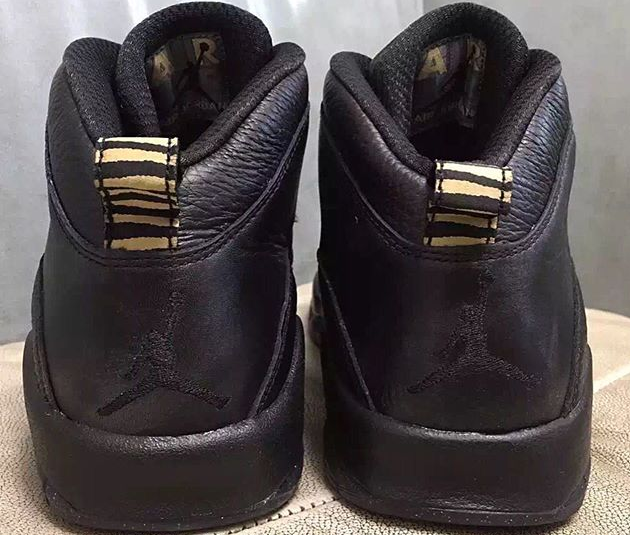 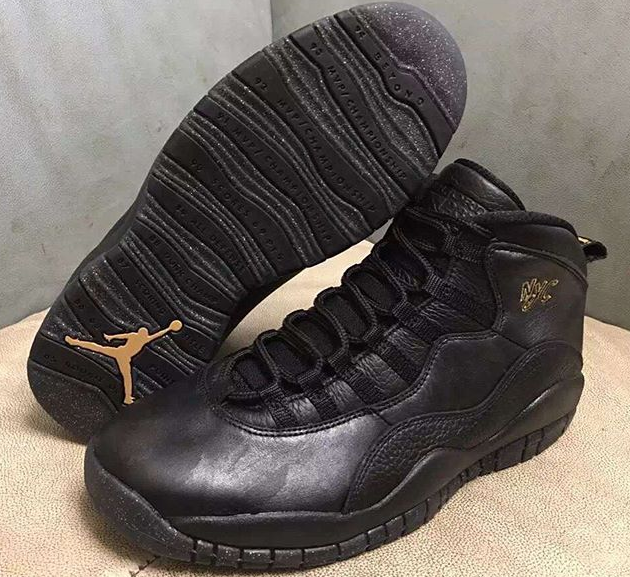