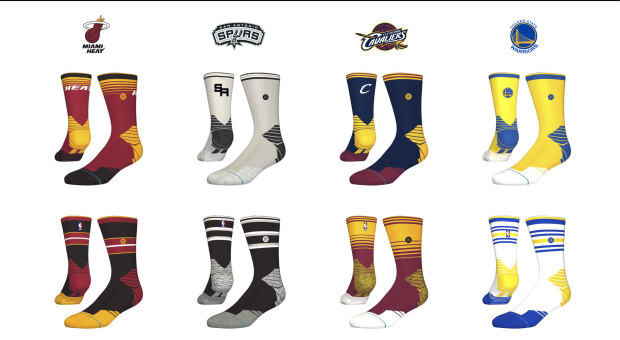 The basketball sock market has exploded in the last few years thanks largely to the sportswear brands shifting back to the high sock look. Seeing the opportunity, company Stance filled a void by offering stylish options at a quality high enough to rival the leading sportswear brands that were doing it. Their success has led to the NBA taking notice and have put themselves in position to be the official on-court brand of socks.

Starting in the 2015-16 NBA season, Stance socks will be worn on the court by all 30 NBA teams with at least two colorway options for each. This news shouldn’t be a surprise as Stance was worn during the 2015 All-Star Game in NYC back in February.

Klay Thompson also joins the Stance family of NBA players which already includes Dwyane Wade, Andre Drummond, and Chandler Parsons. One of the bigger points of this new deal is that the Stance logo will be seen on each pair; a first for the NBA who is known for not showing logos on the apparel worn by athletes while playing.