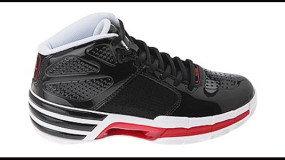 April 20, 2009 We did a review of the adidas TMAC TS Creator’s in the fall. It was no secret that we absolutely loved them cosmetically and for their great performance. I personally use the TMAC Creator’s as my ‘game’ kicks, but not when I go for that weekend run at the YMCA’s for about [...] 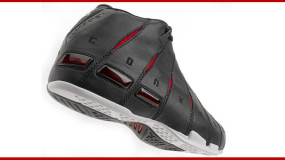 April 13, 2009 Many of The Hoop Doctors readers have told us how much they think Dwyane Wade deserves the MVP award this season for his brilliant play in 2008-09. Well it seems Converse thinks so too… To celebrate this historic season, Converse will reissue a limited amount of the WADE 1. The WADE 1 [...] 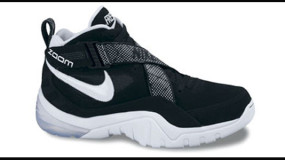 April 13, 2009 We all love the creativity of the basketball sneaker manufacturers. Part of that creativity in the past few years has involved taking popular shoe designs and combining the popular elements of each into one kick a$$ shoe. Well no one does the crossover hybrid designs better than Nike. The 2009 Nike Sharkalaid [...] 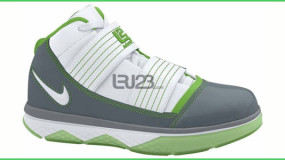 April 6, 2009 If you liked the “Dunkman” colorway with the grey and green on the Zoom Soldier II’s, then you’ll be happy to see Nike is releasing this “Dunkman” colorway again on the Nike Zoom Solider III’s that are set to drop in the second or third week of April 2009. The other colorways [...] 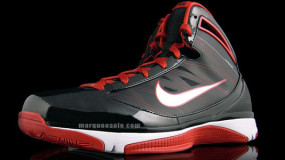 March 30, 2009 A lot of you sneaker heads out there are probably huge fans of the Nike Hyperdunk because of how light they are. Well Nike has decided to improve the design of the Hyperdunk which has led to a shoe that is even lighter and more comfortable. Not possible you say? Meet the [...] 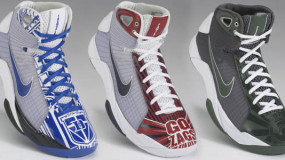 March 22, 2009 Well this week in ‘Sneak’-a-Peek we are giving you a heads up on some shoes we were checking out on the website NiceKicks.com. Instead of our normal review or sneak peek, we will just be giving you a look at some of the Nike Hyperdunk Special “March Madness” Edition College Team PE’s [...] 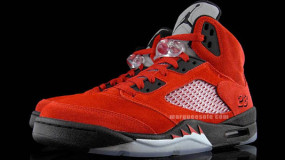 March 16, 2009 These Air Jordan 5 “Raging Bulls” are just plain sick. When you match the red suede on black trim, with the clear transparent soles you are bound to get some looks. These are some of the nicest looking Jordan’s we’ve seen yet. Certainly a collector’s item that you want to add to [...] 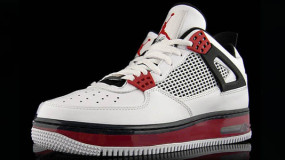 March 9, 2009 We’ve seen the Jordan Brand Fusions 6 and 9. It may seem kind of backwards but they rollin’ next with the Air Jordan Fusion 4. The above picture is of the specific ‘Fire Red’ colorway to release in the early part of this summer. We are hearing either July or August. They [...] 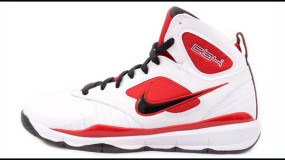 March 2, 2009 The Toronto Raptors are having a pretty ugly season thus far. Clearly a big disappointment. But one thing remains constant and that’s the great play of Chris Bosh. He’s a beast in the paint, but has a sweet mid-range game as well. The latest Chris Bosh PE isn’t a Hyperdunk but instead [...] 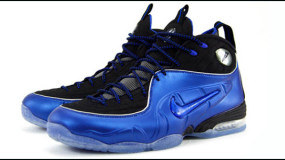 February 24, 2009 Woooo eeee these are some sweet looking kicks, right? The Nike Air 1/2 Cent’s are set for full release on March 7th, 2009. Word on the street is they are going to retail at around $190 when they drop, put pairs found in early release at limited locations in the next week [...]