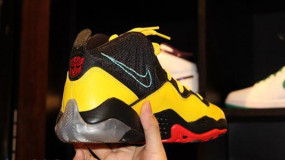 July 6, 2009 Nice Kicks got a sneak peak at these and we just had to share with you guys. Whether you are into the Transformers movie series (its okay we like Megan Fox a bit too), or you just love fly sneaker colors, we figure you’ll love the new colorway on the Nike Zoom [...] 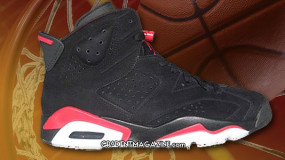 June 30, 2009 Gradient Magazine got a sneak peak at these and we just had to share for you sneakerheads. The Air Jordan VI (6) Infrared is scheduled to make it’s re-debut. Originally released in 1991, the Jordan VI caught on like wildfire by becoming the first shoe Michael Jordan wore to win an NBA [...] 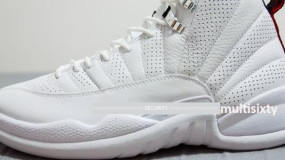 June 22, 2009 The Air Jordan Retro XII – Rising Sun is set to release in October 2009. Jordan Brand will continue to release various editions and styles of the Retro XII throughout the year, but this particular style has a great white perforated leather upper that is ridged to give the appearance of rays [...] 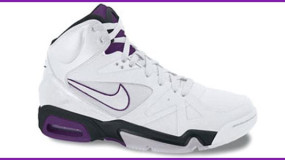 June 8, 2009 Nike’s Air Hoop Structure is going to be rolled out by Nike at some point later on this summer. But the fun won’t stop there, as Nike is doing this up nice and big by rolling out a variety of colorways throughout the 2009-10 NBA season. You can expect to see the [...] 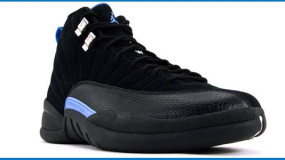 June 02, 2009 Alert! Jordan Retro Released, view pics at your own risk. You may be tempted to buy… These sweet retro Jordan’s dropped at retail a few days ago. We thought you guys would want to check out what you’re missing if you haven’t picked up a pair yet. The Air Jordan 12 “Nubuck” [...] 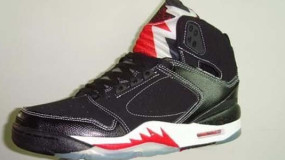 May 18, 2009 The Jordan 60+ kicks are being released this summer, word has it around mid-August 2009. These hybrid’s are commemorating the many 60+ scoring games that Michael Jordan had throughout his career. If you are a Michael Jordan fan you will love the multiple colorways, especially the Laney High colorway. Personally I love [...] 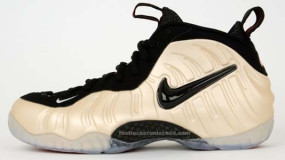 May 12, 2009 One of our most popular ‘Sneak’-a-Peek posts ever was for the Nike Flightposite Metallic Purple/Eggplant back in September of 2008. Around that time Nike also released the same colorways on the Nike Air Foamposite. Well if those colors weren’t fresh enough for you, Nike is planning to drop a very cool ‘Pearl’ [...] 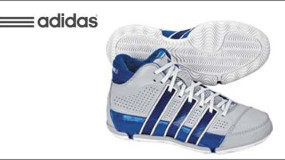 May 6, 2009 Any other sneaker heads besides us notice that Dwight Howard has been wearing some peculiar looking sneaks in the 2009 playoffs. By peculiar, I mean not his normal Commander’s he wore all year, and also pretty damn slick. We showed you the ‘Superman’ sneaks by adidas that he wore during the Dunk [...] 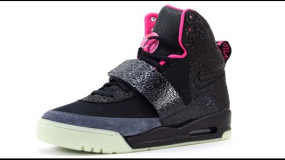 May 4, 2009 We’ve been anticipating this weekend’s release of the Nike Air Yeezy for quite sometime now. For those of you not familiar with them, the Yeezy is the first design in a partnership between Nike and hip-hop artist Kanye West. The design is extremely fresh, and although the black/pink colors are in your [...] 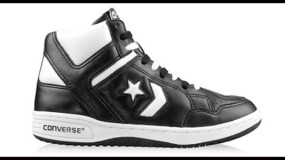 April 27, 2009 An immediate- and colorful- on-court favorite, the Converse Weapon sneaker became universally favored by professional, college and high school teams throughout the 1980’s and ’90s. Over twenty years later, its legacy and place in sport and culture continues to challenge the competition as Converse introduces it all over again- exactly like they [...]