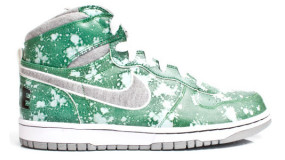 February 3, 2010 – Sneak-a-Peek With the nice weather slowly approaching it is time to for sneaker heads to start rocking some springtime colorways. The latest inception is this very limited pair of Nike Big High “Green Bleach Splatter.” There were less than 100 pairs o f these produced and they are very hard to [...] 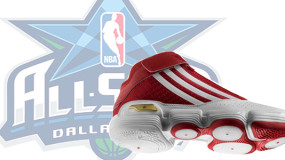 February 2, 2010 To celebrate the 2010 NBA All-Star Game, adidas will launch special All-Star colorways of the all-new adidas TS Supernatural basketball shoe. Adidas explained the technology to us as follows: The lightest adidas basketball shoe to date, it features Pure Motion technology, which works to adapt to the natural motion of your feet [...] 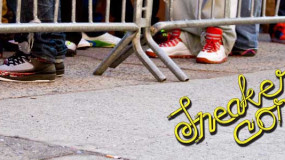 January 14, 2010 There’s no doubt that Sneaker Con 2010 was a complete success; Hundreds piled in the Mulberry St. Market to buy, trade, and admire some of the hottest, most exclusive, and most beloved kicks known to man. Participants came locked and loaded wearing their favorite pairs that had been set aside for grand [...] 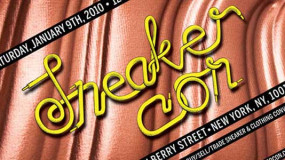 January 3, 2010 – Sneak-a-Peek The biggest swap-meet of sneaker heat and gear is back January 9th, 2010. After a successful 2009 showing, Sneaker Con is hosting another convention for NYC and Tri-State shoeheads to trade with their fellow man or to show off their latest digs. Also in attendance will be thirty vendors with [...] 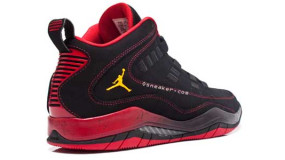 November 30, 2009 – Sneak-a-Peek To honor Carmelo Anthony’s many successes in College and the NBA Jordan brand has made an Air Jordan Hallowed Ground Oak Hill Academy PE. Oak Hill is the High School Melo played at as a kid. The outer shell is black suede with red and yellow accents. Oak Hill is [...] 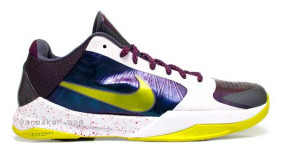 November 20, 2009 – Sneak-a-Peek Nike has introduced the latest Kobe Bryant edition shoe the Nike Zoom Kobe V. This very special pair marks a pivotal number for the Kobe Bryant shoe line. This is the fifth shoe modeled for the Laker superstar forward. The Kobe V Chaos edition is a very cool pair that [...] 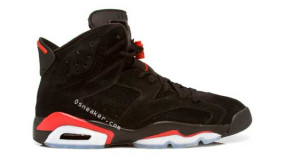 November 16, 2009 – Sneak-a-Peek For the beginning of 2010 there will be some great releases. One that stands out from the rest is the Air Jordan VI Retro Black Varsity Red. Originally released in 1992 when Jordan seized his first championship this was a very sought after pair in the Jordan lineup. The outer [...] 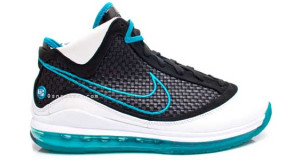 November 14, 2009 – Sneak-a-Peek Superstar athlete Lebron James has represented the fact that he is one of the most outstanding individuals to ever play the game of basketball. Currently on his road to triumph he has been joined by NBA staple Shaquille O’Neal. This can possible be the year that LeBron is able to [...] 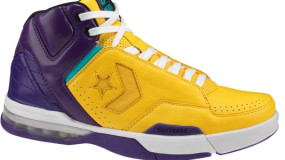 August 31, 2009 – Sneak-a-Peek Hey folks, we have a special Sneak-a-Peek for you this week to let those of you who haven’t heard, know about the release of the all-new, limited edition colorways of the Converse Weapon Evo. The Weapon Evo is an updated performance version of the original Weapon – the shoe that [...] 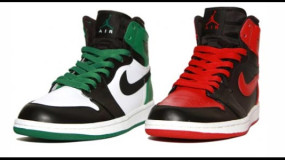 July 14, 2009 By: Allen Moll Allen Moll is an avid NBA and College Basketball fan who watches and studies games religiously and coaches youth basketball in his native Lehigh Valley region of Pennsylvania. If you are nostalgic and love the old school style Jordans, you will love the Air Jordan Retro 1 – Bulls [...]