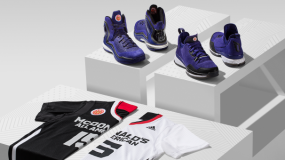 When it comes to high school basketball, there isn’t many bigger stages than the All-American Game. Take a look at uniforms that those selected to the 2015 All-American class will wear. Constructed with the same textiles that the current NBA uniforms use, the 2015 All American Games jerseys feature sweat-wicking technology in areas where perspiration [...] 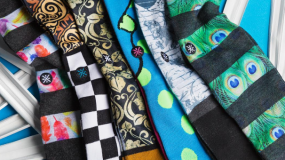 Dwyane Wade has not only staked his claim as one of the best NBA shooting guards of all time, he is also one of the league’s pioneering personalities when it comes to style. Wade is back again with popular sock company Stance to present the fifth installment of the Dwyane Wade sock collection. This is [...] 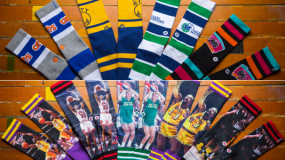 Popular sock company Stanceadds new players to their NBA Legends set along with four new Hardwood Classics team options. New NBA Legend socks include Wilt Chamberlain and Scottie Pippen, who are appearing on Stance socks for the first time. Additionally, Allen Iverson, Larry Bird and Shaquille O’Neal are back and captured in better poses than [...] 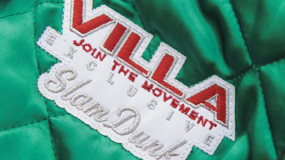 Sportswear retailer VILLA has teamed up with Starter again on the Slam Dunk pack; the third installment of their collaborative Legacy Series. Each of the six jackets in the Villa x Starter “Slam Dunk” Pack is inspired by previous winners of the NBA Slam Dunk Content. Vince Carter for Toronto, J.R. Rider for Minnesota, Dee [...] 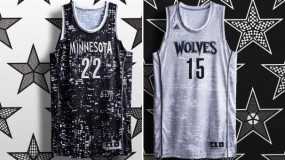 For the 2015 BBVA Compass Rising Stars Challenge are these specially-designed uniforms from adidas. What used to be known as the Rookie/Sophmore game starts off the basketball festivities during the NBA All-Star Weekend and the case could be made for this game being having better displays of basketball than the actual All-Star Game on Sunday. [...] 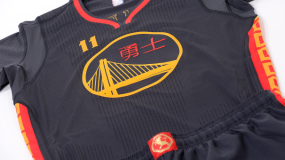 Holidays are marketable. Using annual happenings as inspiration for product is cool, and for the first time ever, Chinese New Year will be acknowledged by the NBA in the form of special Golden State Warriors uniforms. February 19th marks the beginning of the Year Of The Goat and the restart of the Chinese zodiac calendar. [...] 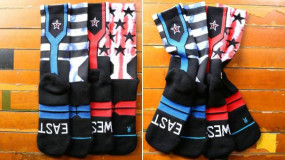 Stance socks have grown increasingly popular by the date since its introduction a few years ago. Unable to deny their appeal, the NBA has partnered with the brand for the 2015 NBA All-Star Weekend. While other sportswear brands are responsible for the surging “performance sock” popularity, Stance elevated the market by producing creative pieces as [...] 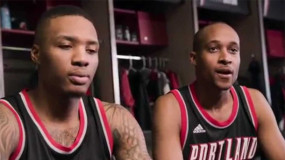 adidas and the NBA today debut a new TV commercial featuring NBA All-Star Damian Lillard of the Portland Trail Blazers. The spot is the latest installment in a series of commercials celebrating the launch of the revamped NBA Swingman jersey. Previous commercials starred Dwight Howard of the Houston Rockets and Andrew Wiggins of the Minnesota [...] 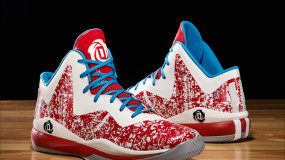 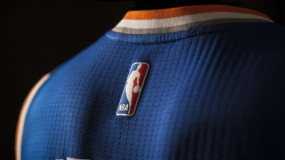 adidas and the NBA today debut a new TV commercial featuring 2014 NBA Draft No. 1 pick Andrew Wiggins of the Minnesota Timberwolves to celebrate the launch of the revamped NBA Swingman jersey. adidas and the NBA also today announced an exclusive partnership with LIDS in which fans can customize the new adidas NBA Swingman [...]