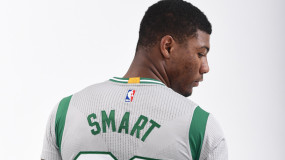 adidas and the Boston Celtics announced the unveiling of the “Parquet Pride” home alternate uniform and merchandise collection, which celebrates great moments in Celtics history from the famed Parquet Floor. The year-long program will be the centerpiece to the partnership between adidas and the Celtics which is entering its eighth season. The campaign tipped off [...] 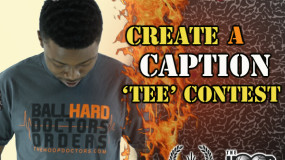 The Hoop Doctors and Hoop Culture would like to thank all of the readers who took the time to enter our create-a-caption contest for tees. For those that missed the contest, or didn’t have the time, we were giving away 2 limited edition Hoop Culture t-shirts branded with The Hoop Doctors in mind. The t-shirt [...]

Earlier yesterday, our feature writer Allen gave an early look at the New York Knicks sleeved uniforms for this Christmas but now we can take an official look at the entire set. All 10 NBA teams playing on Christmas 2013 will be wearing these ‘BIG logo’ adidas adiZero sleeved jerseys with their uniforms. With similar [...] 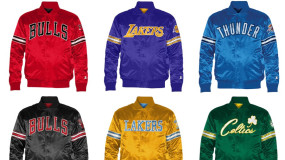 Produced in a limited first run, Starter Brand teams up with Foot Locker to bring about the return of their satin NBA jackets! Notoriously popular in the 1990s, having a satin Starter jacket, no matter the team, was a status symbol and a cool looking way to stay warm. These coats, especially the NBA ones, [...] 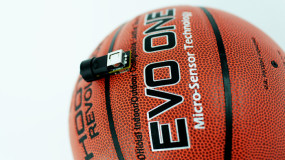 Micro sensor equipped basketball delivers real-time audible feedback to help coach professional shooting mechanics, creating a new basketball experience They are calling the ball ‘EVO ONE’ and its already getting a lot of hype in basketball training circles. The they in the equation is a company called Shooters Revolution™, creators of innovative technology-infused basketball products [...]