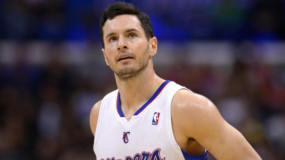 The Los Angeles Clippers are fighting for playoff position in the tremendous Western Conference, relying on the three-headed monster of point guard Chris Paul, power forward Blake Griffin and center DeAndre Jordan to lead the way. However, the NBA’s second-most prolific scoring unit can only engineer a postseason run if its perimeter specialist remains on [...] 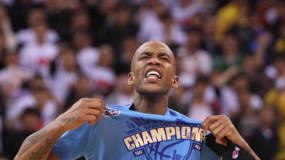 Professional basketball careers in the United States cannot last forever. Stephon Marbury, a two-time All-Star during his 13 seasons of NBA service, moved on from the league in 2009. The point guard left a lasting impression, however, twice earning third-team All-NBA honors while racking up 19.3 points and 7.6 assists per game throughout 846 appearances. [...] 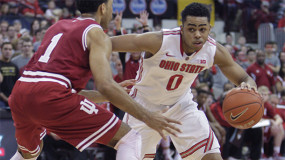 The Ohio State Buckeyes and Arizona Wildcats both won their opening game of the 2015 NCAA tournament, setting up a Saturday night thriller between the two programs. But more importantly, it places freshman phenoms D’Angelo Russell and Stanley Johnson on the court at the same time. It’s a safe bet that scouts from a trio [...]

Was Dayton’s Home-Court Advantage Unfair in Win Over Boise State? 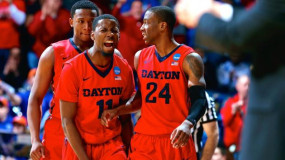 The Dayton Flyers squeaked past the Boise State Broncos in the opening round of the 2015 NCAA Tournament, surviving a last-second shot to win 56-55 at University Dayton Arena in Dayton, Ohio. Quite a bit of Dayton involved in that game, huh? Did playing on their home floor provide an unfair advantage for the Flyers, [...] 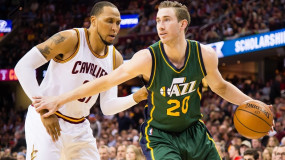 Minutes before the 2015 NBA trade deadline, the Utah Jazz shipped a disgruntled player to a team looking to rid itself of one. “I just didn’t see me as a fit there,” former Jazz forward Enes Kanter told Anthony Slater of The Oklahoman. “I just wanted to go to a different team.” Utah found a [...]

Kevin Love’s Role Has Reached a New Level of Disappointment 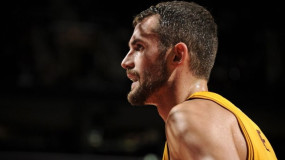 Shortly after signing LeBron James during the offseason, the Cleveland Cavaliers shipped No. 1 overall pick Andrew Wiggins to the Minnesota Timberwolves in exchange for Kevin Love. The acquisition was supposed to make the new-look Cavs a dominant club in the Eastern Conference, though that expectation for immediate success was certainly unfair. Nevertheless, Love’s 2014-15 [...]

Forget About the Loss, Not Andre Drummond 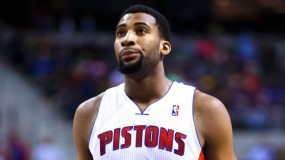 The Detroit Pistons’ acquisition of Reggie Jackson hasn’t really gone as hoped. Stan Van Gundy’s team has dropped eight straight contests, tumbling to a 23-41 record while falling to the likes of the New York Knicks, Charlotte Hornets and Los Angeles Lakers. Just two weeks after it looked like Detroit could finish off an outstanding [...] 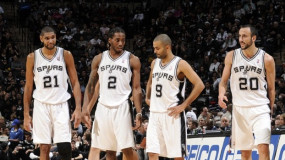 It’s no secret: Throughout the current campaign, the San Antonio Spurs haven’t displayed the same dominance that keyed a convincing run to the 2013-14 NBA championship. Nevertheless, we’ve been waiting for the Spurs to and regain their title-winning form. After all, every player on the roster who logged meaningful playing time last year is still [...]

A Closer Look at the Atlanta Hawks Historical Outburst 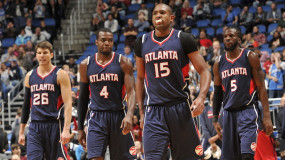 The Atlanta Hawks must’ve entered Monday night’s bout against the Sacramento Kings with something to prove. Mike Budenholzer elected to rest a few starters in the Hawks’ previous game, which turned into a surprising-though-not-shocking 92-84 loss at the hands of the Philadelphia 76ers. “A lot of our guys got to learn and grow,” Budenholzer said [...] 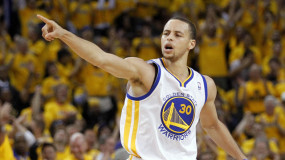 Greatness doesn’t come around very often. When it does, we sometimes manage to stop appreciating what some athletes are capable of accomplishing on a regular basis. We’ve done it to LeBron James, particularly since “The Decision.” Yeah, he was a hometown hero who carried the Cleveland Cavaliers to the 2007 NBA Finals. Yeah, James bolted [...]