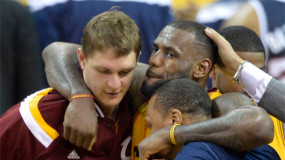 The Cleveland Cavaliers started the season without star point guard Kyrie Irving and top reserve Iman Shumpert, but the roster can’t escape injuries. Fortunately for the team, the upcoming schedule favors the Cavs. On Friday, the franchise announced center Timofey Mozgov (shoulder) and point guard Mo Williams (ankle) will be sidelined for two weeks and [...] 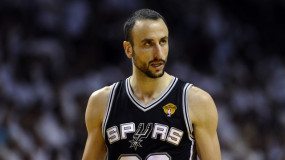 The San Antonio Spurs made the biggest move of the offseason, signing highly touted free agent LaMarcus Aldridge to held guide the franchise into the future alongside Kawhi Leonard. However, one of the veterans remains the key to the 2015-16’s success. Manu Ginobili. Leonard has reached a different level of performance while Aldridge continues to [...]

Will the Golden State Warriors Set an NBA Record, Start 16-0? 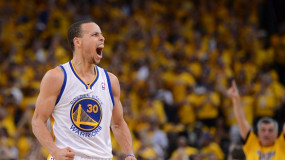 The Golden State Warriors are an unstoppable basketball force an NBA-record 16-0 start is squarely in the sights of the defending champions. Through a little more than two weeks of the 2015-16 regular season, Golden State has ripped off a franchise-best 10 consecutive victories to open the year. It’s the 14th time in league history [...]

All Aboard the Andre Drummond-Led Detroit Pistons Bandwagon 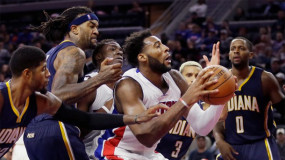 When previewing the 2015-16 NBA season, all of us basketball fans had a terrific handle on what to expect from the Eastern Conference. Nine teams were reasonable playoff contenders and anyone else would be a stretch. Seven games into the campaign, Andre Drummond and the Detroit Pistons have demanded a place in the discussion. It’s [...]

Kyrie Irving: ‘There’s a Light at the End of the Tunnel’ 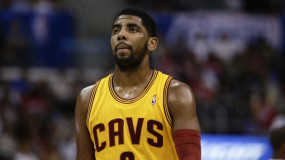 Kyrie Irving is working back from a knee injury, and it appears the Cleveland Cavaliers point guard could return sooner than initially expected. According to ESPN’s Dave McMenamin, Irving wouldn’t offer a specific date but—contrary to what the team has suggested—said he has one in mind. “There’s light at the end of the tunnel. In [...]

Washington Wizards Made Smart Move Not Yet Re-Signing Bradley Beal 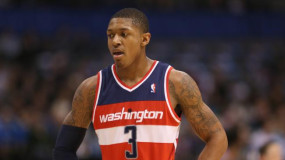 The Washington Wizards would be smart to offer a contract extension to starting shooting guard Bradley Beal, but they made an ever wiser decision to delay the negotiations. Although Beal deserves a new deal and the Wizards are almost certainly going to pay the Florida product whatever he wants, the front office properly exploited the [...]

Julius Randle: ‘I’m not scared of anybody’ 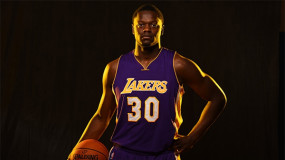 Julius Randle proved a handful of things during what was essentially his NBA debut, and a won’t-back-down mentality certainly was one of them. The Los Angeles Lakers power forward played a physical game Wednesday night against the Minnesota Timberwolves, finishing with 15 points and 11 rebounds. Julius Randle battled with veteran and T-Wolves legend Kevin [...] 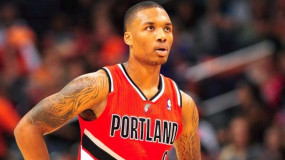 The Portland Trail Blazers offense is in a remarkably poor situation, but All-Star point guard Damian Lillard plans to address part of the problem by being more aggressive at the rim in 2015-16. According to Jason Quick of CSN Northwest, Damian Lillard said he’s not focused on drawing more fouls but hopes his offseason work [...]

Austin Rivers Provides Spark for Clippers, Is Curious X-Factor For Rest of Series 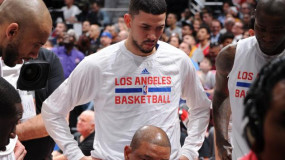 When Los Angeles Clippers head coach and President of Basketball Operations Doc Rivers traded for his son Austin Rivers, the move was widely scrutinized—and for good reason. The roster desperately needed a wing defender, yet they traded Reggie Bullock and Chris Douglas-Roberts while releasing Jordan Farmar to make room for the young Rivers. It further [...] 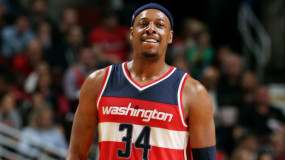 Ordinarily, veterans have earned the right to speak their mind. A 10-time All-Star and 2008 Finals MVP, it’s fair to say Paul Pierce has reached that point. But the 37-year-old said some things about some former teammates to ESPN’s Jackie MacMullan, and the timing couldn’t have been worse. Pierce, who played for the Brooklyn Nets [...]