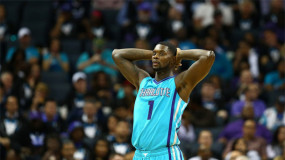 Lance Stephenson signed with the Charlotte Hornets in July 2014, joining Kemba Walker and Al Jefferson on a potentially dangerous team. The franchise had recently earned its first postseason berth since 2010, only the second appearance in 10 years. Charlotte appeared to need a single piece in order to solidify itself as a perennial playoff [...] 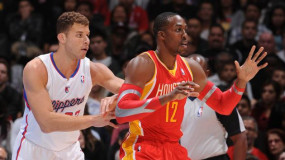 We all knew the Western Conference was terrific. But the forthcoming conclusion to the 2014-15 campaign has exceeded most expectations. The two-time defending conference and 2014 NBA champion San Antonio Spurs have recovered from an injury-infested season and risen to the No. 2 seed in the West. However, the Spurs have only achieved that status [...] 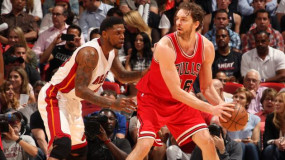 Hot quarters are nothing new to the NBA. When out-of-this-world shooting is combined with lockdown defense and (or) an ice-cold offensive display by an opponent, lopsided 12-minute sessions can occur. But the Chicago Bulls accomplished something Thursday night that had no precedent. After being outscored 33-12 in the second quarter against the Miami Heat, the [...] 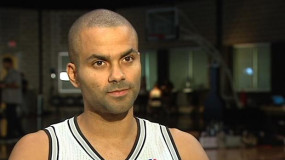 Over the past two decades, the San Antonio Spurs have established themselves as the model franchise for all major sports. From David Robinson to Tim Duncan to Manu Ginobili to Tony Parker, the proverbial torch has been seamlessly passed to the team’s next superstar. Since Duncan’s NBA debut in 1997, the Gregg Popovich-coached Spurs have [...]

New Orleans Pelicans Regain Eighth Seed, But Can They Hold it? 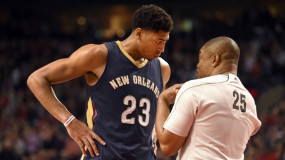 The battle between the New Orleans Pelicans and Oklahoma City Thunder for the eighth seed in the Western Conference has taken yet another turn. New Orleans stunned the West-leading Golden State Warriors 103-100 on Tuesday night and improved to 42-35, while the San Antonio Spurs thrashed OKC 113-88 and dropped the Thunder to 42-36. Consequently, [...] 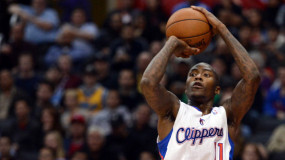 Jamal Crawford sustained a calf injury on March 2, leaving the Los Angeles Clippers without their most important reserve for the 17 games. According to Dan Woike of the Orange County Register, however, Crawford’s extended absence is likely to end tonight when the Clippers take on the Los Angeles Lakers. Crawford’s return comes at a [...] 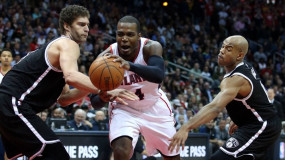 One week from now, the Brooklyn Nets might be able to thank a quirk in the late-season schedule for boosting them into one of the Eastern Conference’s final playoff spots. The Nets, on a basketball night overshadowed by Duke’s thrilling victory over Wisconsin in the NCAA tournament championship, toppled the short-handed Portland Trail Blazers 106-96 [...]

Billy Donovan Rumored to be Looking at NBA Gig 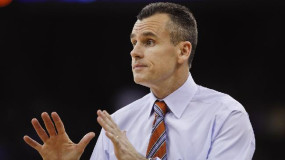 NBA franchises have seldom entered the college coaching ranks in search of a new leader for their team. In fact, the latest trend is former players who have no experience roaming the sideline. The Boston Celtics are an exception, having snatched Brad Stevens away from mid-major powerhouse Butler University two years ago, but that’s about [...] 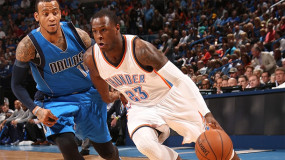 The Oklahoma City Thunder dropped a 135-131 thriller to the Dallas Mavericks on Wednesday night, but Russell Westbrook and Co. matched a unique set of NBA records in the process. Although the following certainly does not lessen the disappointment of a loss, looking back at the game from a statistical perspective is intriguing. Dallas coach [...] 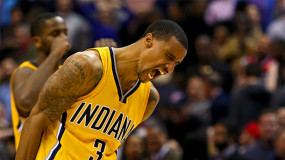 The Indiana Pacers appeared like a franchise well on its way to locking up a postseason berth after ripping off 13 wins in 15 contests. Behind point guard George Hill, the defending Eastern Conference regular season champions climbing to the No. 6 seed while the Milwaukee Bucks continued to falter appeared to be a realistic [...]