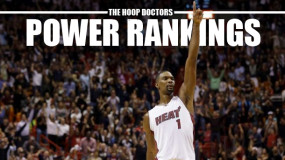 Oh, hello there, 2016. We almost didn’t see you come in, not with the 2015-16 NBA season unfolding exactly how it wasn’t supposed to. Sure, we knew the Spurs would be really good, even if we didn’t know they’d be historically awesome. We knew the Warriors would be great. We knew the Cavaliers would be, too. [...] 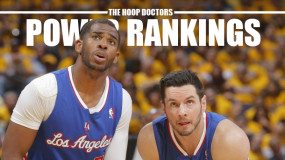 Goodbye, 2015. It’s been real, often fun. Sometimes even real fun. But it’s time we bid you adieu. Just not before we send you off with one last batch of NBA power rankings. The Association is niche-y as ever these days. The championship contender pool contains only Cleveland, Golden State and San Antonio, with Oklahoma [...] 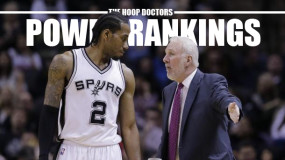 Our power rankings introduction is, for one week only, about to change. Most of the time, we wax distasteful snark that recaps all of the NBA’s major happenings over the past week, an approach aimed at teaching a crash course in almost everything you need to know. This week, though, you only need to know one [...] 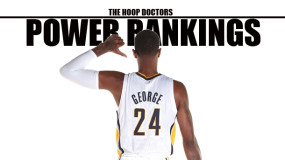 More than a month into the 2015-16 NBA regular season, everything is just as we thought it would be. LOL, jk. Much about the league’s landscape does make sense. The Warriors are godlike. The Spurs are right behind them. No one in the Eastern Conference can touch the Cavaliers. Not much else makes sense, though. [...] 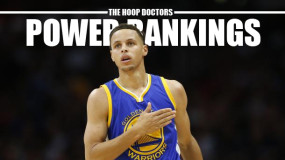 Pat yourself on the back. Do the self-five. Pound your chest. Hell, play some pocket billiards if you’re into that sort of thing. You deserve it. Because the 2014-15 NBA regular season is over. And you made it. Now it’s off to the playoffs, which begin Saturday. And thank heavens for the brief respite in [...] 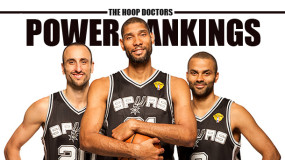 Oh, look, it’s the Spurs. The time-biding, age-shirking, logic-looting, championship-chasing, demonstratively dynastic Spurs. Remember when we were worried about them? Yeah, me neither. Yours truly was never worried about them. Yes, I’m patting my self on the back. A few bold blockheads thought they were done. Believed they were finally too old. Could see injuries [...] 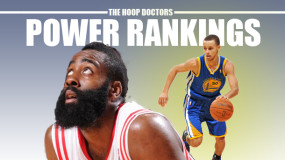 It’s almost time for us to say goodbye to another year of NBA Power Rankings. The NBA’s regular season is winding down, which means we’re nearing a point of farewell. Never fear, though, because that point isn’t here just yet. We still have the playoff race and, equally important, the MVP chase—or, as it’s now become, [...] 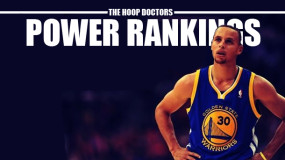 Fuhgettabout March Madness. The NBA playoffs are almost here. Sure, you could watch college kids, some of them highly touted Association prospects, soak up late-winter, early spring spotlight as they sap 30 seconds off the 35-second shot clock trying to score, only to usually not score, en route to securing or losing a national championship [...]

NBA Power Rankings: The Wizards and Raptors are Tanking 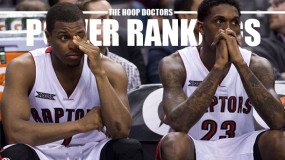 Looking to identity and subsequently acquire what’s missing in your life? You’ve come to the right place. NBA power rankings are here. Before we begin, there is one housekeeping note: What follows is not the direct result of records alone. There will be lottery teams ranked higher than playoff teams and everything in between. Power [...]

NBA Power Rankings: The Dark Side of the (Phoenix) Sun(s) 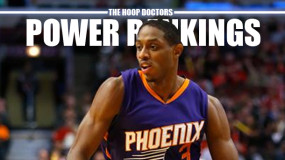 Goodbye, All-Star discussion and NBA trade deadline. Hello, playoff race. It’s that time of year again. The focus is on the playoffs and various position-jockeying that’s going on. This week we have a lot of movement to cover, from the Blazers’ slump, to the Spurs’ mounting cankers, to the Thunder’s improbable surge, to the Sixers [...]