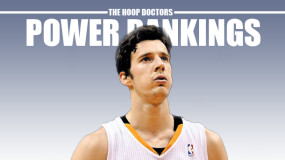 Stand up, folks. Stretch. Bend. Flex. Make old-folk noises. The NBA trade deadline is finally upon us. This implies two things: First, real, live basketball is about to begin again. Fist-pump it up. Second, the rumors are flowing like vodka and tequila and gin and rum and whiskey during J.R. Smith’s weekend-long vacation from the city of Cleveland. Navigating those [...] 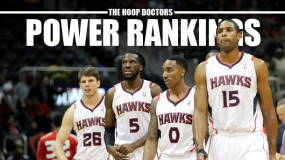 Heigh-ho, heigh-ho, it’s off to the 2015 NBA All-Star Game we go. Okay, so, I’m pretty sure “heigh-ho” refers to yawning or disappointment, but screw it. I wanted to both rhyme and write “heigh-ho,” so let’s just pretend. Anyway, the NBA is speeding toward its All-Star break, leaving a trail of injuries, playoff-seeding battles and [...]

NBA Power Rankings: Get Anthony Davis to the Playoffs, Pelicans 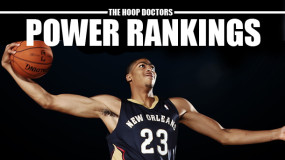 Avoiding NBA power rankings is for chumps, so come on in. There’s plenty to talk about this week. The Warriors and Hawks are still playing in a league of their own; the Grizzlies look like fortuitous demigods; the Hornets and Pistons are making a mockery of the Eastern Conference’s race for the final two playoff spots; [...] 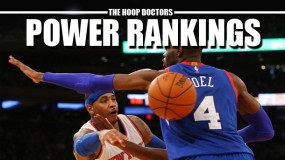 Question of the week: Do any of the NBA’s Eastern Conference fringe playoff teams actually want to make the postseason? Asking for a friend or 50 here. Seriously, once you leave the East’s top-six teams—Hawks(!), Raptors, Wizards, Bulls, Cavaliers and Bucks—it feels like you’ve entered the “Let’s try and suck as much as possible in order to [...]

NBA Power Rankings: There is Life in Cleveland 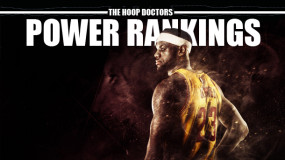 There’s something truly zany about the 2014-15 NBA season. It’s been weird. It’s still weird. It’s truly, utterly, completely, wholly, wonderfully, purely, perfectly zany. Allow me to offer up Exhibit A: These here power rankings. Collective movement is neither enormous nor insubstantial. There is virtually no change at the top. But then we get into the [...]

NBA Power Rankings: Cavs Aren’t Best Team in History of Everything Ever 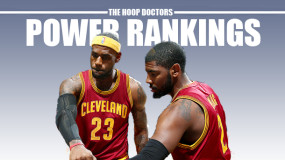 Hello again. After a brief holiday respite, during which a crap ton of NBA-related things happened, The Hoop Doctors’ power rankings are back. We know it’s been tough, slogging through these last two weeks without the ability to incessantly check and read and cherish and tell your friends about updated power rankings. But the wait [...] 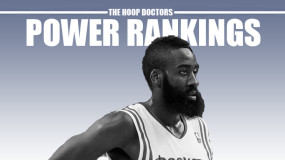 Here’s to stability. Never before, in the year-plus since we’ve been doing these power rankings, has there been less movement within a week. Twelve teams are right where they were last week, which is pretty freaking incredible. That’s almost half the Association, and that never happens. And, somewhat surprisingly, it’s the league’s best teams that [...] 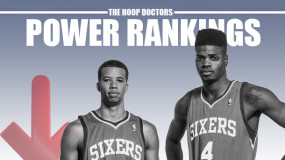 The NBA’s Eastern Conference is ugly. The NBA’s Western Conference, meanwhile, is pretty flipping fantastic. This will now conclude the portion of the article where we talk about anything besides the 76ers’ suckitude. Well, not really. There are loads of other things to discuss. Like the Warriors being incredible. And the Grizzlies drinking from the Warriors’ Gatorade [...]

NBA Power Rankings: This Just In…The Raptors Are For Realzzz

There’s a lot for the NBA to be thankful for this time of year. Stephen Curry’s bombs; Marc Gasol’s everything; the Mavericks offense; the Kings’ illogical record; Jimmy Butler’s surge; Anthony Davis’ god mode; San Antonio being San Antonio; Damian Lillard’s cold-bloodedness; and so much more. Truth told, there is also plenty the league could [...] 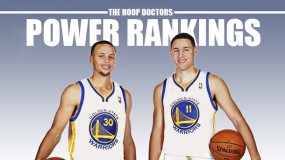 Holy crap, the Warriors are good. I could stop there, because that’s all you need to know. They’re taking over the NBA one game at a time, and assuming health, won’t be stopping anytime soon. Nor will I, because you deserve more than some pre-rankings Warriors-loving. So with that in mind, here’s a choppy portrait [...]