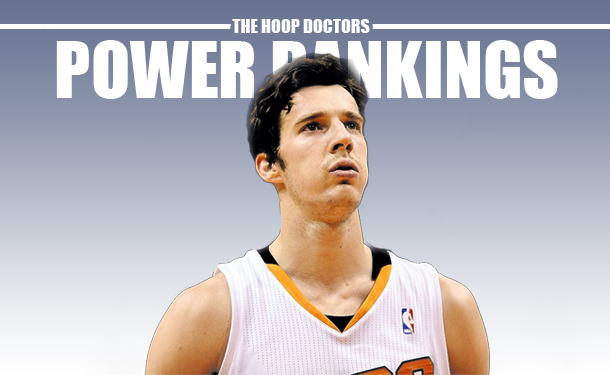 This implies two things: First, real, live basketball is about to begin again. Fist-pump it up.

Second, the rumors are flowing like vodka and tequila and gin and rum and whiskey during J.R. Smith’s weekend-long vacation from the city of Cleveland. Navigating those rumors can be difficult. Most of them are crap this time of year—worthless flotsam in the sense that what you’re hearing isn’t true, or is some thrice-relayed version of a conversation that barely took place.

This year’s trade deadline promises to be interesting, but stands to be boring. Most of the big names (Rajon Rondo, Jeff Green, Iman Shumpert, J.R. Smith, Timofey Mozgov, etc.) have already been dealt. Now we’re left to sort through Goran Dragic-devoted chatter while deciding whether or not the Nuggets will grow a set of brass ones and actually blow their poorly built roster to smithereens.

In the meantime, as you wait for the deadline to pass and are taking a break from the rumor gauntlet that millennial hipsters like to call “Twitter,” we have power rankings for you. There hasn’t been a lot of movement, because, well, there hasn’t been a lot of basketball played since we last met. Still, we’re going to have fun, like always. So saddle up. You know what time it is.

To the power rankings snow tube!