As sneaker consumers, we have become acustom to players with signature sneakers being injured as new pairs are coming out. Kobe Bryant pioneered that lane. This ‘Blackout’ edition is the latest colorway in the newly-launched Nike Kobe X series.

In the podcast that Kobe did with designer Eric Avar for the Kobe X, he was quoted as saying:

That line served as the inspiration for the Nike Kobe X ‘Blackout’ colorway. All of the Kobe X colorways are said to be directly inspired by Bryant’s life and work ethic; these are extra good because they work with Los Angeles Lakers jerseys since they’re purple and all.

Since Bryant is inactive, Wesley Johnson was the first Lakers team member to wear these in-game. 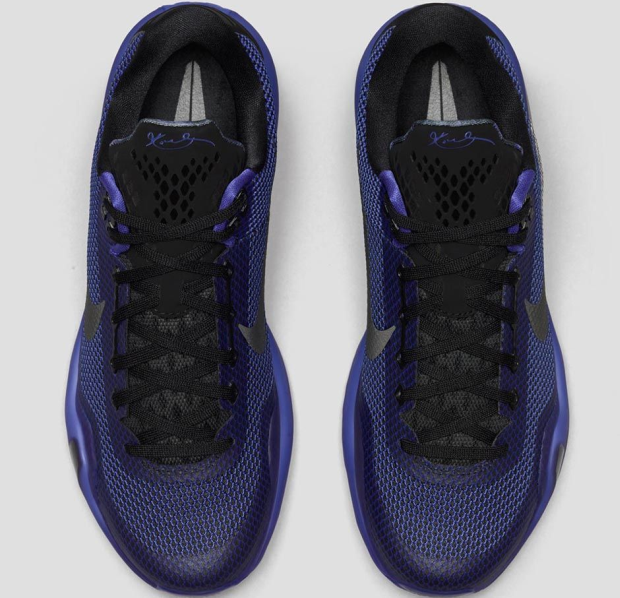