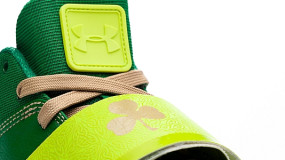 March 15, 2012 – Ben Berry Yesterday I showed you the entire St. Patrick’s Day PE Pack from Under Armour but I just wanted to highlight one of my favorite basketball sneakers of all time (seriously); the Micro G Bloodline. The reflective 3M mesh and single-piece premium leather is dressed in a dark Forest Green [...] 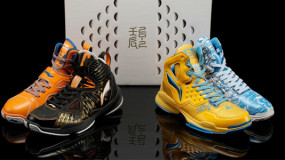 March 6, 2012 – Ben Berry Li-Ning celebrates the Year of the Water Dragon the right way. All sneaker media outlets reported that the Li-Ning Turningpoint flagship player Evan Turner wore during the Rising Stars Challenge at All-Star Weekend was the only Year of the Dragon-inspired sneaker by Li-Ning but we now know it to [...] 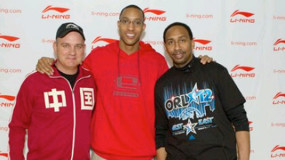 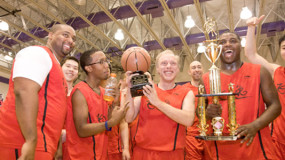 February 27, 2012 – Ben Berry Li-Ning plays no games when it comes to basketball. Now in their second year, Li-Ning’s All-Star Media Run has become a great event in itself. Complete with 3-point contest and official refs, the appearances made by celebrities and a rising NBA star just added to the already hyped environment. [...] 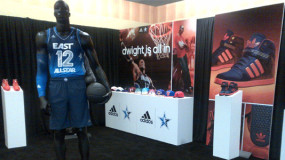 February 27, 2012 – Ben Berry The kind people over at adidas granted us access to one of their private suites in Orlando this past weekend to take a closer look at their 2012 All-Star Weekend gear and I have to say how impressive the collection looks. [...] 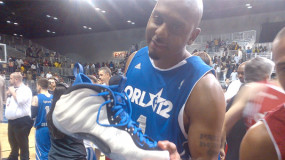 February 26, 2012 – Ben Berry Sneakerhead or not, this past week you’ve definitely heard about the Galaxy Foamposites which came out Friday as part of Nike Basketball’s 2012 All-Star pack [...] 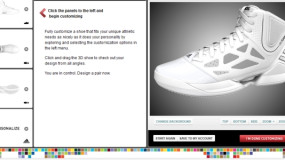 February 3, 2012 – Ben Berry Fans of the newest Derrick Rose sneaker have a lot to celebrate this week since the adiZero Rose 2.5 becomes the first signature basketball sneaker to come through the adidas miadidas program. Aside from coloring different panels of the sneaker, other customization options not seen on other sneaker creating [...] 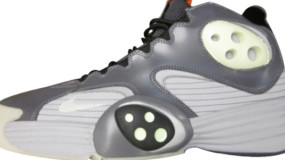 January 31, 2012 – Ben Berry As with the last few NBA All-Star Weekends the sneakers released have a theme that varies between companies. Since this ’11 – ’12 season has more eyes on the league than in recent memory, Nike goes for the flashy by releasing their biggest signature sneakers in glow in the [...] 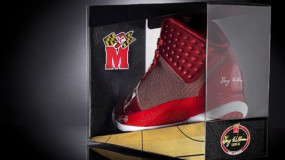 January 26, 2012 – Ben Berry Located on Hull St along the Baltimore Harbor, UA Basketball has outfitted University of Maryland players with equipment for years since the Prototype. Now with their basketball division taking off, Under Armour shows they haven’t forgotten where they came from with this special set of kicks honoring the recently [...] 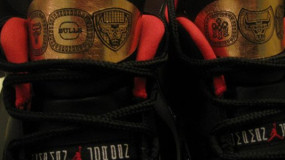 January 11, 2012 – Ben Berry The Concord XI hype doesn’t look to have ended in 2011. Reported by certain sneaker media outlets as some sort of ‘Six Rings’ pack, history tells us that this nickname doesn’t make sense. While wearing the Jordan XI, Michael along with the ’95-’96 Bulls captured their fourth title; a [...]