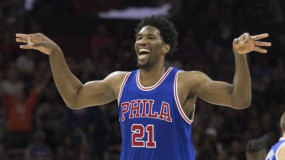 Joel Embiid has been shut down for quite some time now with another lower leg injury. In the time that he did play this season, he looked much better than expected, and light years ahead of what we last saw at Kansas. If he can stay on the court, he is going to be a [...] 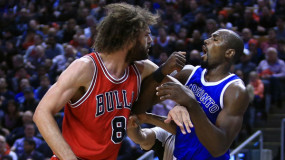 In the last decade or so, the league has taken measures to punish players severely for things that haven’t always seemed as serious. The punishment doesn’t always fit the crime. That’s why it’s somewhat strange to learn that Robin Lopez and Serge Ibaka were only suspended one game for their altercation Tuesday evening. Their dust [...] 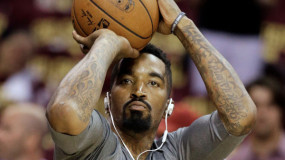 For the first time since undergoing thumb surgery in December, J.R. Smith practiced with his Cavalier teammates on Wednesday. He was no doubt rusty and will likely take some time to get his wind back. But he seems to have healed far enough ahead of the playoffs in order for him to find his groove. [...] 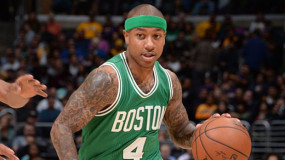 The Celtics are rebuilding and Isaiah Thomas is a good piece to build around. The PG seems like he could be on the brink of stardom and he has the opportunity to run the show in Boston. He’s also pretty confident in his abilities too. While team goal’s are atop his list, he also would [...] 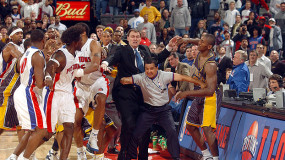 Gray slacks. White, gray and black button-up shirt. Black leather jacket. It’s the type of event that unconsciously forces you to remember what you were wearing when it transpired. Ten years ago today, not only am I able to recall what I had on, the company around me, and where I was, but I can [...] 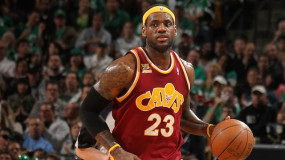 As free agency progressed, it became more apparent that LeBron James was heading back to Cleveland. The rumors and signs eventually became too obvious to ignore. But a year ago, not many people would’ve thought this. In fact, a month ago, it wasn’t on anyone’s radar. As ugly as the split was between LeBron and [...] 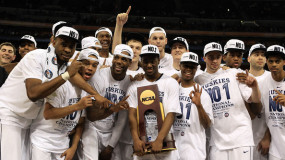 Whether you love or hate them, for better or worse, and if it makes sense or not, Duke is the gold-standard in the eyes of many when it comes to college basketball. Don’t shoot the messenger. Part of the reason is winning, but it has more to do with allure. Those two used to be [...] 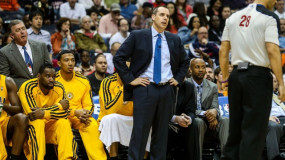 By now, you’ve seen how last night’s Indiana Pacers – Miami Heat game ended. On the final two possessions for Miami, in a one possession game, Pacers coach Frank Vogel removed 7’2″ shot-blocker, Roy Hibbert from the game for matchup purposes. And on those two possessions, LeBron James finished at the rim. One of which, [...] 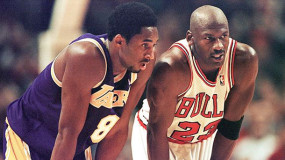 The closest thing we’ve seen to Michael Jordan has been Kobe Bryant. And I don’t mean from a basketball skillset standpoint, I mean from an emulation point of view. Ever since he entered the league in 1996, Kobe has walked, talked, pointed, chewed gum, shot free throws and fade-aways just like Mike. The similarities were [...] 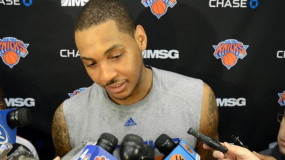 Over the weekend, LeBron James of the Miami Heat was named NBA MVP for the 4th time in his career. It’s scary because if you take a look at his career stats, LeBron seems to be getting better, as tough as that is to believe. Yesterday, we learned that of a possible 121 first-place votes, [...]