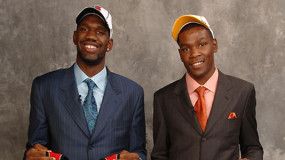 February 26, 2010 – Kevin Burke Kevin Durant’s string of consecutive games scoring 25 points or more came to an end a few nights ago, at 29, against the Spurs. That’s the second longest streak in history. Second only to MJ’s 40 straight games in the ’86-’87 season. Durant is an unguardable scoring machine. When he [...]

Kobe Saves the Day, but Bynum Steals the Show 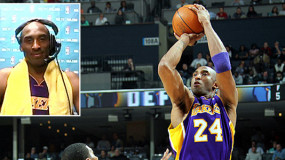 February 24, 2010 – Kevin Burke Even at the tender age of 31, Kobe Bryant is still inarguably the most talented player in the league (the Kobe vs. LeBron debate isn’t even really a debate as far as I’m concerned) and his performance against the Grizzlies Tuesday night is exactly why. After sitting 5 games, plus the [...] 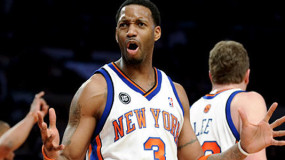 February 22, 2010 – Kevin Burke The general consensus around the league is that Tracy McGrady is washed up, done, a bum. I can’t blame people for feeling that way. In fact, about a year ago I put T-Mac in the Penny Hardaway – Grant Hill Club. That is an exclusive club whose members are guys who [...]