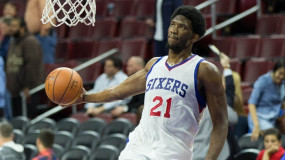 The supposed payoff of the Philadelphia 76ers “tanking” the past few seasons, winning just 37 games since 2013, was going to begin to show some promise this upcoming season as former #3 overall Draft pick Joel Embiid was set to make his NBA debut following missing his entire rookie year rehabbing a stress fracture in [...] 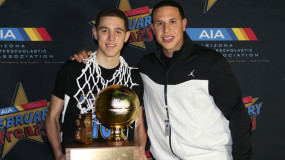 The Golden State Warriors backcourt of Stephen Curry and Klay Thompson has garnered the affectionate nickname “The Splash Brothers” for their impressive ability to shoot the rock, possessing jumpers so wet, they obliterate the nets. They have already been touted as the best backcourt in the NBA, and with some time, could finish their careers [...] 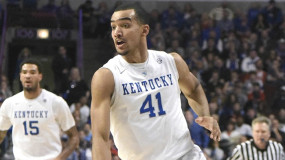 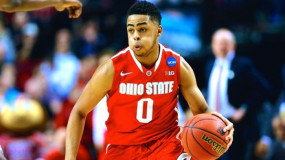 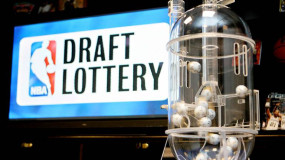 If you didn’t know, this Tuesday, May 19th is the 2015 NBA Draft Lottery. For some teams like Philadelphia, Los Angeles, and New York, it is the culmination of a torrid season of tanking in hopes of landing an NBA superstar to build around. For others like Oklahoma City, Miami, and Indiana, they will be [...] 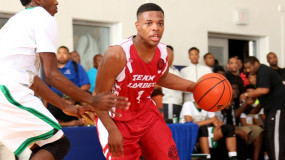 The 2016 high school class is filled with tons of potential superstars at the college and pro levels, especially from the guard position, as players like Malik Monk, Kobi Simmons, and Terrence”2K” Ferguson have been blowing up the internet with highlight reel dunks. But the player, regardless of class, that has impressed the most this [...] 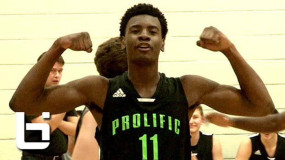 In the modern age of the internet and Twitter, college basketball scouts have a major edge when it comes to recruiting some of today’s elite 5 star recruits. Virtually every week, another of the myriad of the nation’s top high school players puts out another mixtape filled with dunks, highlight reel passes, and above the [...] 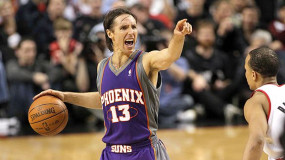 NBA basketball lost one of it’s best all time players and inarguably one of the ambassadors over the weekend to retirement. As a 2 time NBA MVP and 8 time NBA All Star, Steve Nash announced his retirement from the Association at the age of 41. The past two seasons in Los Angeles had been [...] 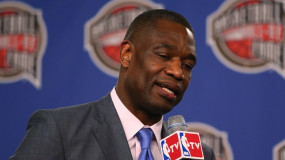 The Naismith Basketball Hall of Fame in Springfield, Massachusetts is arguably the pinnacle of any and all accolades anyone affiliated with the game of basketball could achieve. To join the very exclusive club that includes all time NBA and NCAA greats like Bill Russell, Wilt Chamberlain, and Michael Jordan, it is the ultimate recognition of [...] 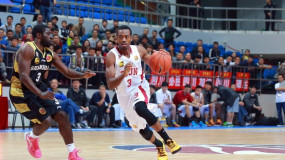 It has been a rough go of things early for former NBA Lottery pick CJ McCollum of the Portland Trailblazers, suffering through injuries and a lack of playing time, but things couldn’t be better for his older brother Errick, who just set the CBA individual scoring mark, tallying an amazing 82 points in a game [...]