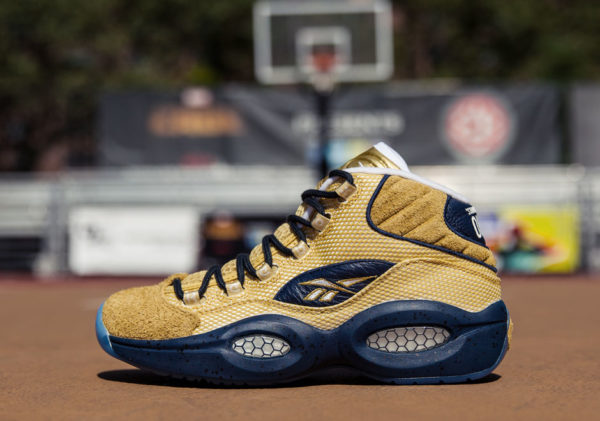 The shoe comes in a gold and navy upper in a mixture of jersey mesh and suede. Leather detailing also appears on the side panels and heel tab. Finishing details include “Standing Room Only” written on the heels as well as a number 1 on the heels instead of the traditional 3.

You can grab the EBC x Reebok Question Mid Rucker Park online. They will also be at select Reebok retailers on August 5th. 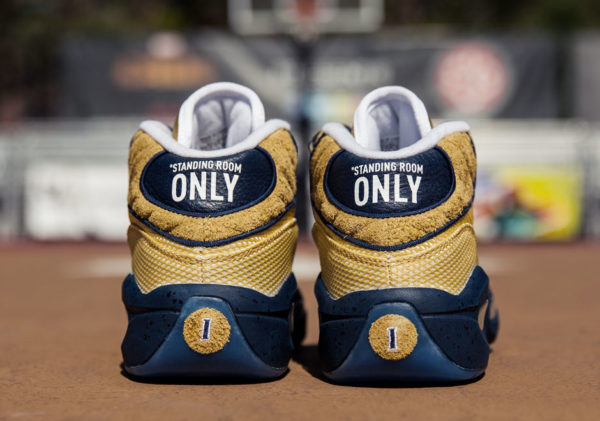 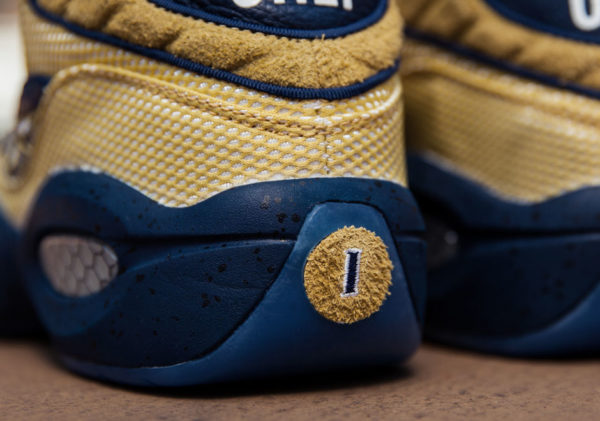