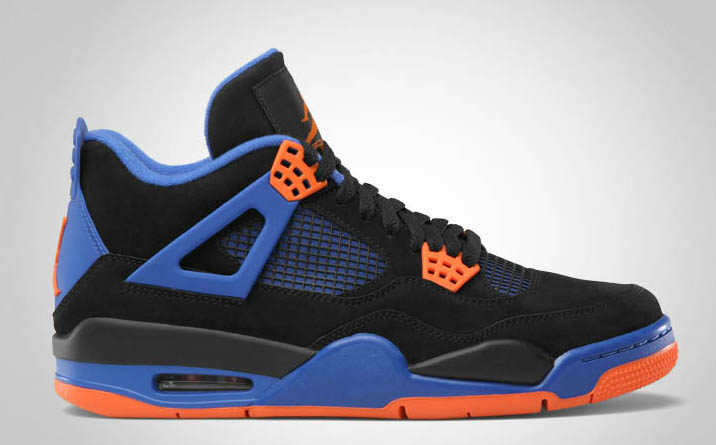 2012 is the 23rd anniversary of the Jordan 4, which might explain why so many of them are releasing this year. 23 years ago during the first round of the Eastern Conference, Michael Jordan (wearing the Jordan 4s) and the Chicago Bulls defeated the Cleveland Cavaliers and went on to beat the New York Knicks in a six-game series advancing to the Eastern Conference finals only to beaten by the NBA champions of that year the Detroit Pistons.

The last few pairs of Jordan IVs have dropped in vintage-esque boxes with keychains and that won’t be any different on this release and expect it to continue through the end of the year. As for the sneaker itself the black nubuck upper features mostly Game Royal blue accents with Safety Orange seen on the sole and Jumpman branding.

Jordan Brand might’ve officially list these the ‘Cavs’ Jordan IVs with the inspiration originating from the ’88-’89 series against the Cavaliers and the uniforms they wore from 1984 thru 1993, but that won’t stop these from being called the Knicks 4s like we did earlier in the year. 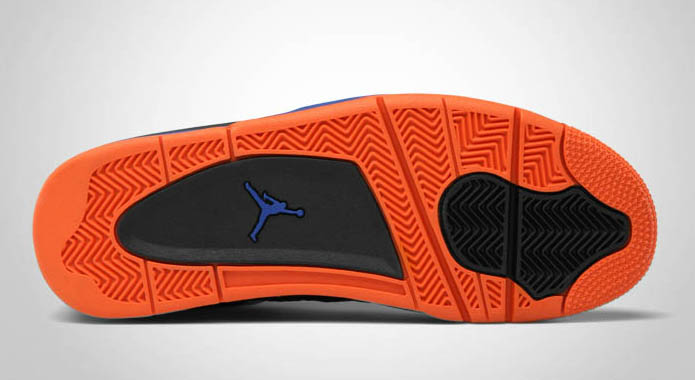 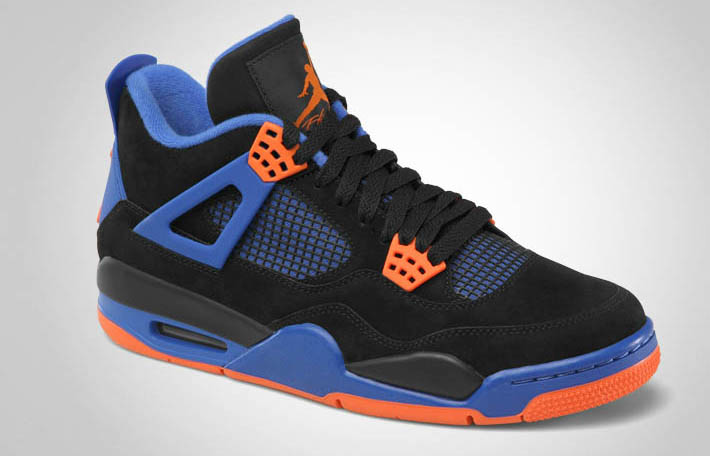