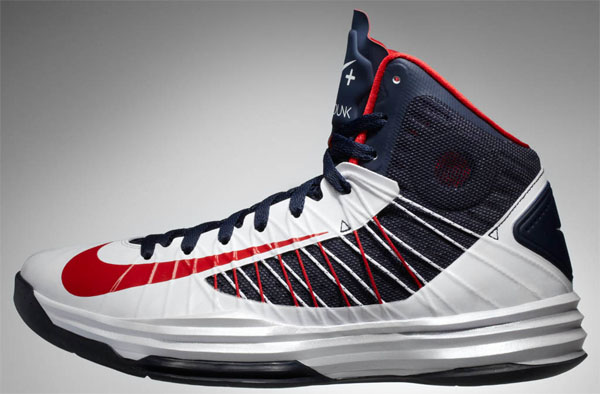 Exposed Flywire cables are used this time around which maintains the strength of the sneaker while cutting back on weight. The 2012 Hyperdunk uses the same basketball-tooled Lunarlon cushioning as the Jordan Super Fly.

This is also one of the first Nike basketball sneakers that will feature the newly revamped Nike+ system. Expect this Olympic colorway to be on the feet of Team USA basketball members during the upcoming Olympic games this summer.

An August tentative release date is set for these. 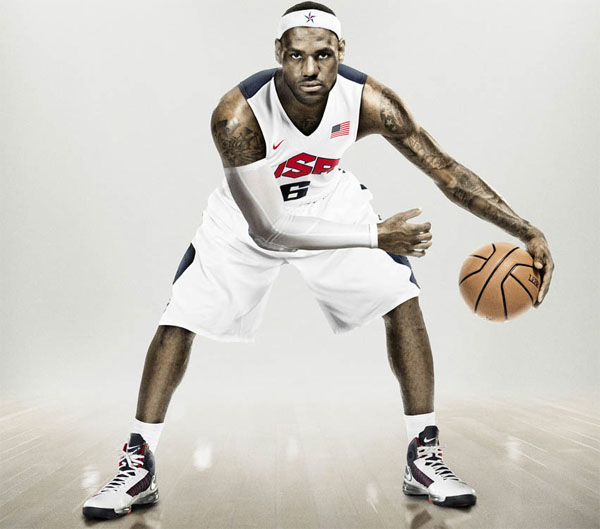 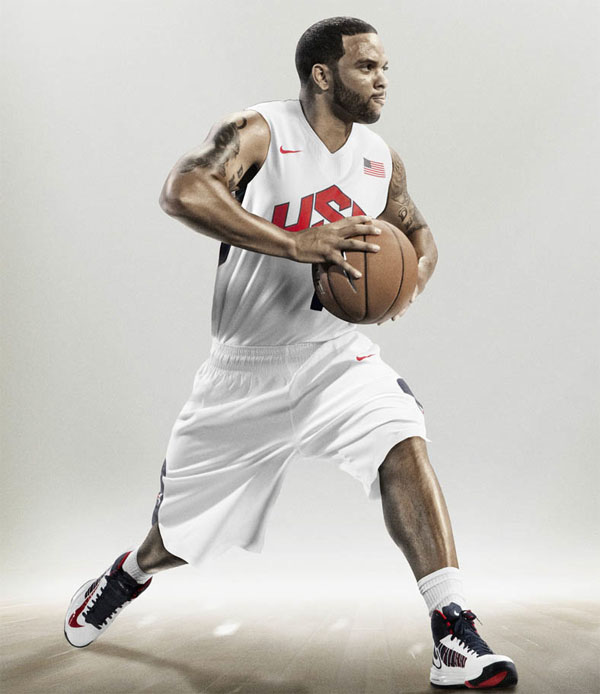 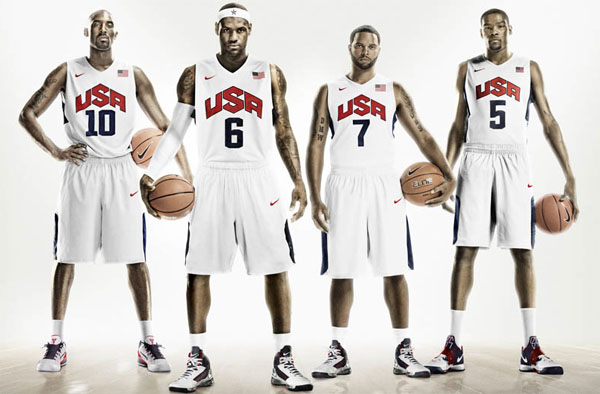