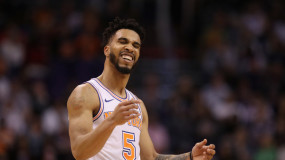 Courtney Lee does not want to be traded from the New York Knicks—at least not right now. On Tuesday night, the New York Post‘s Marc Berman reported that the soon-to-be 33-year-old swingman would rather play for a contender: According to an NBA source, Lee’s preference if he gets traded is to be dealt to a playoff [...] 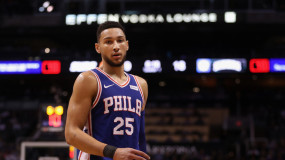 Sorry, Donovan Mitchell. Ben Simmons doesn’t think you have a legitimate chance of winning Rookie of the Year. Nor does he seem impressed by you at all. Consider what the Philadelphia 76ers newbie told ESPN.com’s Chris Haynes: “Who would I pick? Me, 100 percent,” Simmons told ESPN at the Ritz-Carlton in downtown Philadelphia on Saturday. [...] 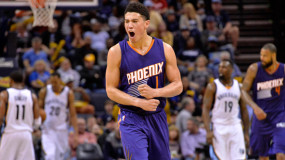 Fans in Phoenix can breath a sigh of relief. Their pride and joy, 21-year-old shooting guard Devin Booker will only miss a few weeks and does not have any damage to the strained abductor injury that he suffered late in the 4th quarter of the Suns 126-113 loss in Toronto on Tuesday night. Here is [...]

Thomas: “I May Never Talk to Danny Ainge Again” 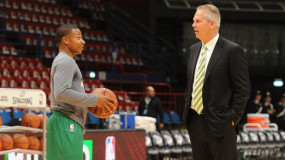 Growing up being the smallest guy on the court your whole life, playing with an extra chip on your shoulder to prove all of your doubters wrong and to dominate your enemies (on a basketball court) becomes ingrained into your DNA. Isaiah Thomas has been doubted, overlooked and underappreciated seemingly his whole NBA career after [...] 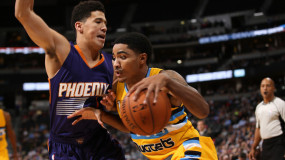 Gary Harris is about to get paid. For real this time. The fourth-year combo guard/safety-net 3 is eligible to sign an extension before the start of the regular season, at which time, if he hasn’t inked one, he’ll gear up for restricted free agency next summer. The general consensus all summer has been that the [...] 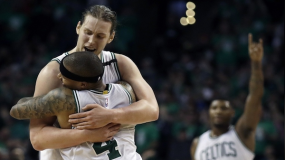 Shortly after Isaiah Thomas was traded to the Cleveland Cavaliers, Fox Sports 1’s Chris Broussard reported on the network’s Undisputed show that executives he spoke with believe the point guard wasn’t the most well-liked person in the Boston Celtics’ locker room. Former boys in green Jared Sullinger, currently out of the NBA, and Kelly Olynyk, now [...] 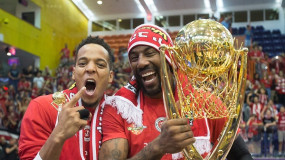 Amar’e spent the 2016-17 season connecting with his Jewish roots (as a Hebrew Israelite, it’s confusing feel free to look it up) and played a role on a championship winning Israeli team, averaging 9.9 points and 5.9 rebounds per game in 23 minutes per game. Amar’e is also the co-owner of the Hapoel Jerusalem B.C [...]

What is Devin Booker’s Ceiling? 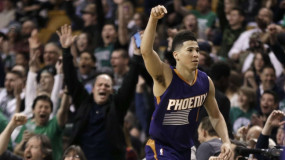 At the tender age of 20, Devin Booker has already established himself as one of the most intriguing prospects in the NBA and after his historic 70 point performance in Boston Friday night, he even further solidified himself as a future superstar in the making and maybe even sooner than originally thought. Interestingly enough, Booker’s [...] 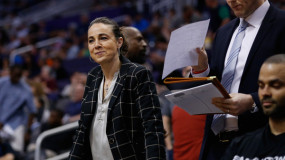 Becky Hammon is already one of the best WNBA players ever. Now a San Antonio Spurs assistant coach, she’s also won an NBA Summer League championship, as head honcho for the Spurs’ offseason kiddies. What’s next? Coaching the women’s basketball team at Florida, perhaps. According to Mike Robinson over at Swish Appeal, Hammon is among the [...]

Bledsoe May Be Shut Down For Season 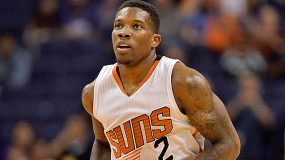 Gentlemen start your engines, the race to the bottom of the NBA standings is in full gear. Reports coming out of Phoenix Wednesday night indicate that Eric Bledsoe could be shut down for the remainder of the season. It wasn’t announced until five minutes before game time Wednesday night that Bledsoe would not be starting [...]