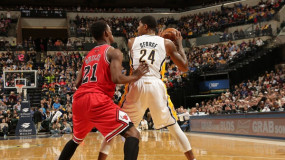 As we rapidly approach the 2017 NBA trade deadline, the rumor mill is starting to intensify by the minute and some real player and draft pick movement is actually happening. Now that one mega deal has already taken place and the go to “star who could be traded” mantle that Demarcus Cousins had held for [...] 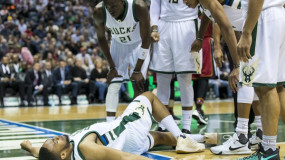 The Milwaukee Bucks just can’t seem to catch a break on the injury front. On a night when they were on a high, having Khris Middleton making his first appearance of the season after injuring his hamstring in the pre-season, the return of one of the better and more underrated young wing players in the [...] 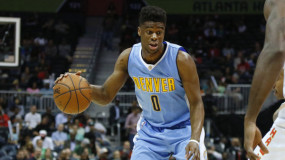 One season into the Emmanuel Mudiay experience, the Denver Nuggets may be ready to shift gears. From ESPN.com’s Zach Lowe: The Nuggets are quietly exploring what they might get for Emmanuel Mudiay and multiple picks, sources say, but they’re in no rush to move Mudiay, and the Suns may not want him when they could [...] 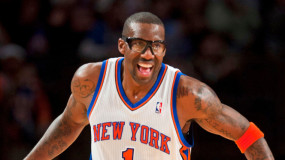 After 14 NBA seasons and a very successful career which included six NBA All-Star appearances and five All-NBA appearances (1x All-NBA 1st Team) Amar’e Stoudemire has decided to hang them up at the age of 33. Stoudemire announced his retirement Tuesday and to the surprise of some, signed a one-day contract to retire as a [...]

Russell Westbrook May be Dealt Soon 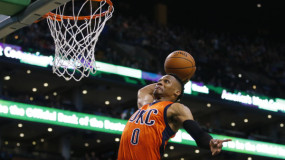 According to a leaked report from GMs around the NBA, many around the league expect the Thunder to deal 27-year-old superstar point guard Russell Westbrook “very soon” as the team gets the feeling he will not re-sign with them in the offseason. This sort of move would mark a complete retool for the Thunder, an [...]

The Thunder Would Be Better Off Trading Russell Westbrook 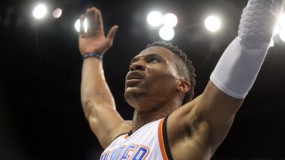 Yesterday was an Independence Day that will live in infamy for those living in the state of Oklahoma and not for good reason (unless you live in Seattle or Northern California). Much to the chagrin, horror and heartache of Thunder fans across the country, Kevin Durant chose to celebrate his July 4th by declaring his [...] 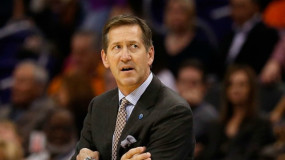 News came down Wednesday evening that the New York Knicks and President of Basketball Operations Phil Jackson made the decision to hire Jeff Hornacek as their head coach. The news comes as a bit of a surprise for Knicks fans and many who were covering the situation as many assumed Phil Jackson would take the [...]

Austin Rivers Is Not Happy with Mirza Teletovic Etiquette in Blowout 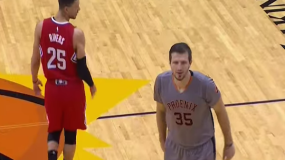 On Thursday night, as the buzzer sounded on the Suns’ 118-104 victory over the Clippers, Austin Rivers had a few choice words for Mirza Teletovic. I think. See, inside 15 seconds to play, with the shot clock turned off and the Suns already leading 115-104, Teletovic drilled a wide-open three. Rivers, the son of Clippers [...]

Goran Dragic on Free Agency: Every Team is an Option 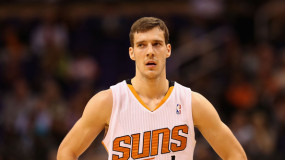 Fresh off his Most Improved Player award from last season, the Suns’ Goran Dragic will become arguably the most sought after free agent this summer. LaMarcus Aldridge, Marc Gasol and Kevin Love will also be available, but Dragic is still coveted. Dragic sounds like he will enjoy going through free agency, as he states every [...] 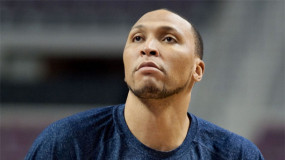 From the moment we were introduced to Shawn Marion’s funky shot release, we knew he had to be talented to make it as far as he had with a shot like that. Shawn was drafted in 1999 and has enjoyed a very fruitful career. But this may be the end of the line for Marion, [...]