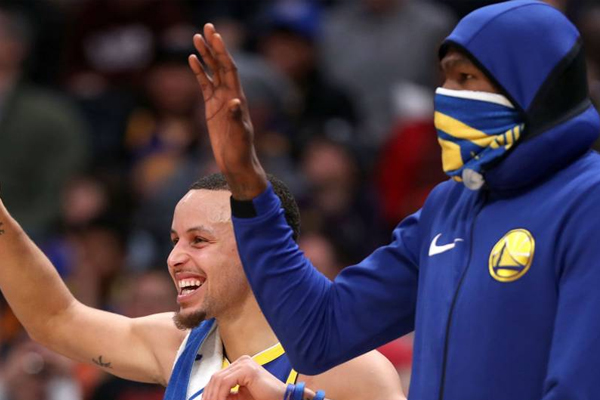 The Golden State Warriors went up against the Denver Nuggets on Tuesday and lit it up.

The Warriors scored 51 points in the first quarter, the most points any NBA team has scored in an opening quarter. Their 10 3-pointers also marked a franchise record for the most treys in one quarter. There is no way to predict such an outpouring in one quarter. Even for the Golden State Warriors and the splash brothers. It would have been a good time to place a bet on popular slots casinos online, the payout would have been huge.

Prior to Tuesday, five teams had scored 50 points in an NBA regular-season first quarter dating back to 1982. The Warriors won 142-111 against the Nuggets, shooting 54 percent from downtown as a team.

No Dubs team has ever made 10 threes in a quarter — until now.

“Obviously, there’s not gonna be very many record-setting quarters every night. But it shows you what we’re capable of when we’re hitting on all cylinders. It’s beautiful to watch, and it’s more fun to be a part of.”

With the win, the Warriors passed the Nuggets to reclaim first place in the Western Conference by half a game.