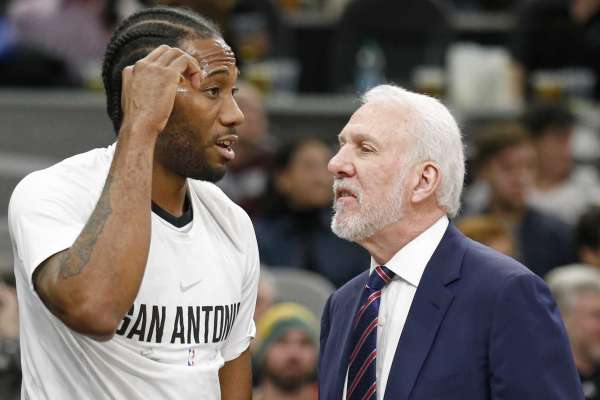 In the face of rumors and speculation that Leonard, his teammates and the organization might not be on the same page about his right quad injury and intent to return, the former Spur and current commentator told TMZ there’s nothing to see in San Antonio (h/t Bleacher Report’s Adam Wells):

“I think [Leonard’s] really happy in San Antonio,” Elliott said. “The city’s been good to him. The organization’s been great to him. He has a great relationship with Pop.”

Rumors of discord and miscommunication always stood to be overblown. The Spurs and Leonard may no doubt be frustrated with one another, but behind-the-scenes strife is often painted as something more than it actually is when relayed to the public. Welcome to the NBA in 2018, where everything in blown out of proportion.

The fact of the matter is Leonard remains the Spurs’ ticket to title contention in the near future—assuming he’s healthy. And so long as the Spurs think he’ll be fine by next season, we shouldn’t expect to hear anything too sinister coming out of San Antonio.

Yes, anonymous sources will embed themselves in the public conscious if the Spurs elect not to offer Leonard the designated player extension for which he’s already qualified. But the idea that they would trade someone who profiles as a top-five superstar because he might be unhappy, when they already refuted LaMarcus Aldridge’s trade request over the summer, feels like a stretch.