Doc Rivers Gets Involved in LeBron and KG Beef

admin October 24, 2013 Blogs No Comments on Doc Rivers Gets Involved in LeBron and KG Beef 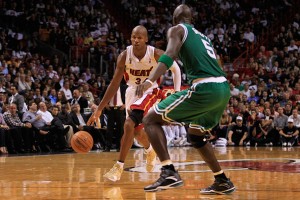 LeBron James took exception to the way Kevin Garnett and Paul Pierce treated Ray Allen after he left the Boston Celtics for the Miami Heat in 2012. He thought they were hypocrites for dissing a former teammate after he left for greener pastures, before doing the same thing. And he was right.

KG responded because that’s what KG does—he responds. That should have been it. This semi-pointless preseason feud should’ve ended there; it should have been buried six-feet under, right along with the Brooklyn Nets’ hopes of winning a title this season (seriously).

But it wasn’t. Former Celtics head coach Doc Rivers decided to get involved because really, LeBron was taking a shot at him too. From

While on the Dan LeBatard Show, Rivers intimated that Pierce and Garnett’s situations were different from Allen’s, because they were traded, according to ESPN New York’s Mike Mazzeo:

“Paul and Kevin were traded,” Rivers said on “The Dan LeBatard Show” on Wednesday. “They were traded. Paul was traded whether he wanted to be or not. Kevin was the only one who had to agree to be traded even though he had already been traded. He had to agree to the trade. That’s completely different.”

Rivers also touched upon his own departure.

“You could make more of a case for me leaving than on Paul and Kevin,” he said.

You certainly could. Because he did. 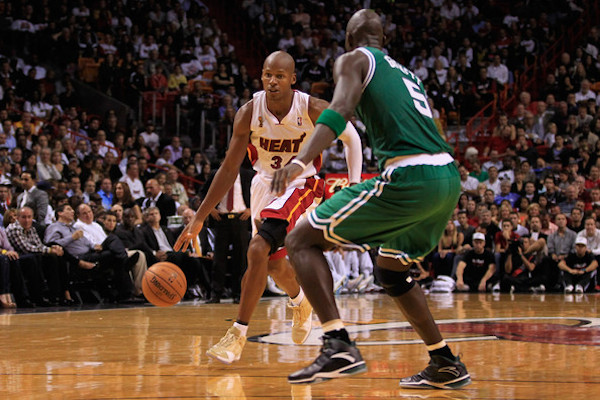 If Rivers wanted to stay, he could have stayed. And KG and Pierce both needed to accept their trade. Garnett was the only one with the no-trade clause, but if you don’t think the Celtics wouldn’t have put a stop to the deal if Pierce wasn’t satisfied, your head needs to be pulled out of your ass.

This is what gets me; this hypocrisy. What Allen did last summer was almost criminal in their minds. Now because each of them did it, it’s suddenly alright? Or rather, different? Give me a freakin’ break.

What Pierce, Garnett and Rivers did wasn’t wrong. Them leaving, that was fine. Totally fine. But what Allen did was also fine. He saw the writing on the wall, and he left sooner. Smartest guy of the bunch, I’d say. He has one more championship ring than Garnett and Pierce now, too. And he’s much closer to getting another one than them, because there isn’t a title to be won in Brooklyn (though that’s a tale for a different time). There isn’t one to be one for the Clippers either.

Sack up fellas, not named Allen. LeBron was protecting, he was defending his teammate. The same way Garnett, Pierce and Rivers defended the Celtics by lambasting Allen. Doc was the kindest of the three, but even he is on record as saying some stuff that’s pretty unflattering.

Allen was a free agent who had every right to leave. Though none of the other three were free agents this summer, they had every right to leave as well. Situations don’t differ just because the circumstances are different. Not in this case. If they do, what Rivers, Garnett and Pierce did was worse. Or that’s how it seems. But it doesn’t matter. This is over. It’s time to move on.

The sooner each of them realize that, the sooner we can put this feud where it belongs–to bed.