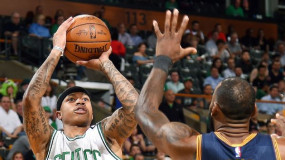 Isaiah Thomas isn’t fazed by the Boston Celtics being blown out by the Cleveland Cavaliers in Game 1 of the Eastern Conference Finals. Nor are his teammates. After all, it’s not like the Cavaliers are actual basketball aliens. His words, basically, not mine. From Cleveland.com’s Chris Fedor: “I’m very confident,” Thomas said after the Celtics’ [...] 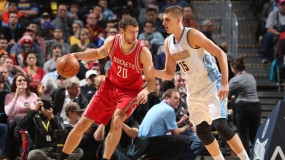 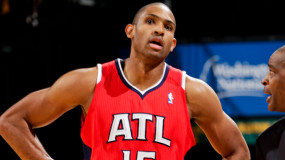 Al Horford, the three time All-Star power forward out of the Dominican Republic, might be looking to move out of Atlanta. He’s set to make $12 million in the final year of his contract, before heading to unrestricted free agency. The nine-year veteran has been a rock since the 2010-11 season, and this year he [...] 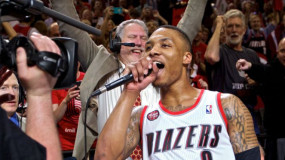 Damian Lillard, 2 time All-Star, has never shied away from the spotlight, whether it be in clutch moments on the court, or whether it be using his position as a basketball player to evoke change socially. As MLK Day and Black History Month rolls around for 2016, race issues have grown to a tipping point [...] 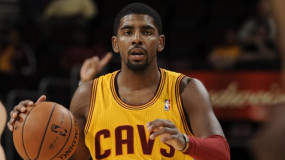 Kyrie Irving is set to play his first game since breaking his left kneecap in last season’s NBA Finals. Last week, he was cleared to practice, and despite being bullish about committing to a return date, he was positive. “I’m a Ferrari without a rearview mirror. Today, there was a lot more up and down, [...] 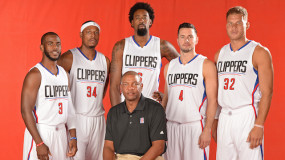 A lot of sports fans use Bleacher Report’s Team Stream app to follow their favorite sports teams and players. But by far and away, the Los Angeles Clippers’ newsfeed has to be running the hottest of anyone else in the league. They’re constantly in the news for one thing or another – whether it be [...] 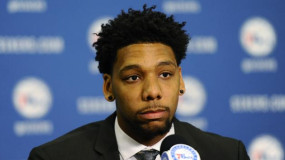 Recently, reports have surfaced of Philadelphia 76ers rookie Jahlil Okafor being involved in an altercation that is being described as a ‘street fight’ in Boston on Thursday. According to a statement issued Friday evening by Boston police, via ESPN, a man filed a police report on Friday morning stating that he had been the victim [...] 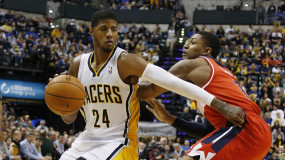 While the rest of the world has been enthralled by Stephen Curry’s historically brilliant play as of late, Paul George has snuck under the radar, putting up some big numbers. Per 100 possessions, he’s putting up very similar numbers to David Robinson in 1994, LeBron in 2013, or Larry Bird in 1988 – around 40 [...]

Dear Sixers, Give Up On Joel Embiid 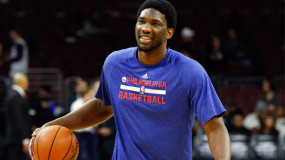 Dear Philly, I appreciate the out-of-the-box thinking that you had with Joel Embiid. I think it’s lovely that you saw athletic potential in this young man, and decided to bring him over to the US to play basketball. I like that, I really do. But he’s failed in his capacity as a player in the [...] 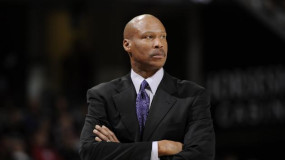 After a poor 2-9 start to the season, including 0-6 against Western Conference opponents, the Lakers aren’t exactly looking like championship contenders. It is common in the NBA to fire coaches after poor starts, and not necessarily give them the time of day in a cutthroat corporate-driven league where money is king, and winning begets [...]