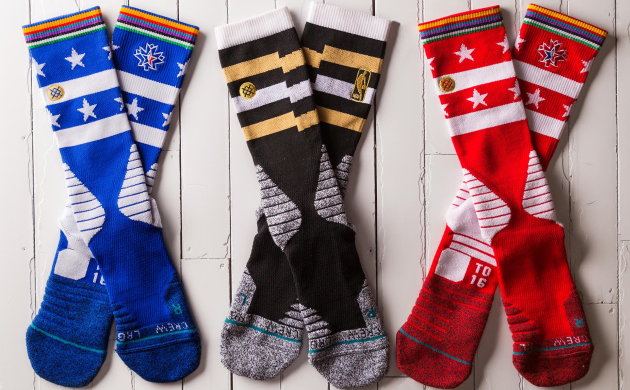 A little over half-way thru the first year as being the official on-court sock of the NBA, brand Stance can already call this partnership a success. Having already done specialty on-court socks for league happenings like Dr. Martin Luther King Jr Day celebration or a specific franchise retiring a player’s jersey number, Stance has already known an epititude for understanding the space. Now we get an official look at what the popular sock brand has for the 2016 NBA All-Star Weekend.

Releasing three different pairs, the standard red colorway for the West and blue for the Eastern Conference teams are present with 2016 All-Star Weekend host city personalizations seen via the Toronto maple leaf symbol around the NBA logo. The black-and-gold pair was made especially for the NBA Rising Stars Challenge (which is a game of two teams made up from current NBA rookies and sophmores). I have a feeling the Stance ‘Rising Stars Game’ pair will be the most popular thanks to the very OVO-friendly colorway. Peace to the 6god.

Bringing an understanding of a niche market & established following, Stance has made one of the biggest moves in sportswear by partnering with the NBA. 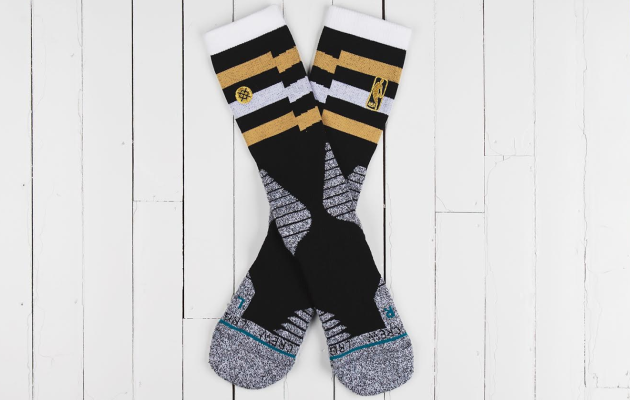 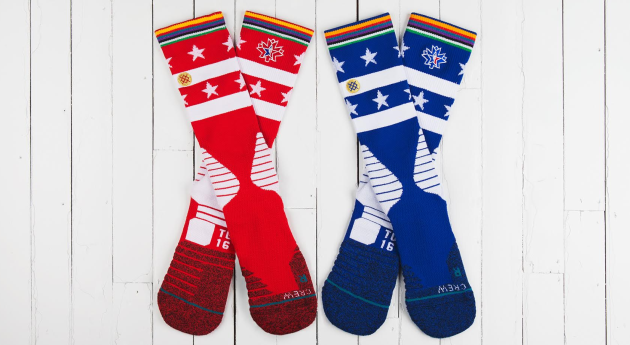