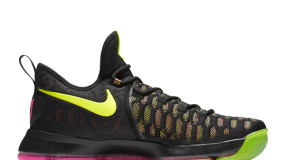 Kevin Durant’s KD 9 also takes part in Nike’s 2016 Rio Olympic energy celebration with the launch of the KD 9 Unlimited. The Unlimited comes in a black black-based upper with vibrant multicolor flyknit in typical KD fashion. Hot pink and neon green are a recurring theme throughout. A gradient translucent outsole ties everything together. [...] 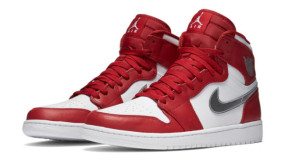 The Air Jordan 1 Retro High Silver Metal draws its inspiration from the Olympics in Rio de Janeiro, Brazil. This edition of the Air Jordan 1 comes dressed in a red and white leather upper. Metallic silver accents are found most notably on the swoosh, and Jordan branding. Other details include a red inner lining [...] 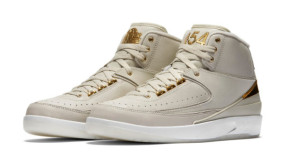 Jordan Brand celebrates its annual street basketball tournament in Paris with the release of the Air Jordan 2 Retro Quai 54. The shoe features a light bone nubuck and leather upper. Metallic gold hits are found on the heel, lace locks, and tongue respectively. The right sneaker has traditional Jordan branding on the tongue, while [...] 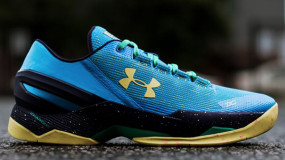 The shoe that broke the internet is back in a new colorway. That’s right, the Under Armour Curry Two Low returns tomorrow, July 9, in its “Select” edition. After a short break following the NBA Finals, Stephen Curry resumed basketball activities as the host of the SC Select Camp in the Bay and tomorrow a [...] 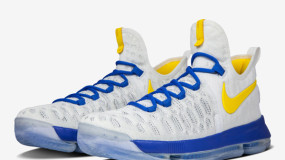 Kevin Durant is officially a Golden State Warrior! This is an important new chapter in KD’s evolution and is complemented with three new colorways of the KD9 and a NIKEiD builder. Kevin Durant was welcomed to his new team in an introductory press conference and in recognition of his move, Nike is offering exclusive customization [...] 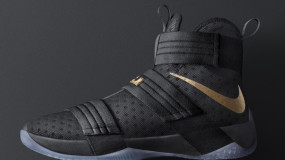 Congratulations to the Cavaliers — including signature athletes LeBron James and Kyrie Irving– on winning the 2016 NBA Championship. Nike celebrates this long-awaited moment for Cavs fans with the film “Believe.” “Believe” was created in celebration of the historic first championship for Cleveland and the first for the city in over 50 years. The spot [...] 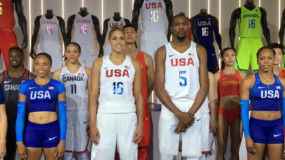 With the 2016 Summer Olympics fast approaching Nike and other brands are releasing US themed shoes and apparel left and right. The Nike KD 9 USA is due to release soon. Nike Basketball to the minimalist approach with the USA themed KD 9. Kevin Durant’s ninth signature shoe comes complete with Nike’s most advanced Flyknit [...] 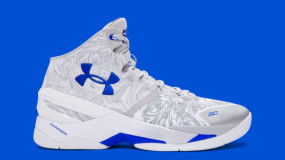 Steph Curry and the Golden State Warriors have been battling the Cavaliers since the beginning of this month. GS currently leads the NBA Finals 3-2. After getting roasted by the entire internet about the release of his Curry 2 lows, Stephan Curry is trying to redeem himself with the release of the new Under Armour [...] 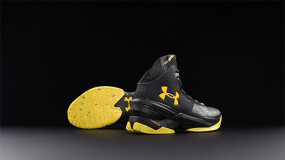 The game needs him. He knows it. The Curry Two Black Knight is inspired by the average person who rises up and becomes brave enough to do what’s necessary to protect the city and community they are representing. Steph Curry is always ready to answer the call for his teammates and Dub Nation fans. Here [...] 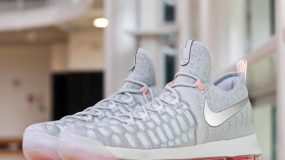