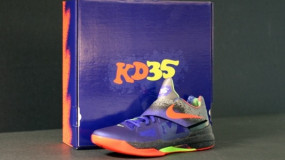 December 14, 2011 – Ben Berry After arguably being the best basketball player of the summer, Kevin Durant has been in the spotlight since last season with his second consecutive NBA scoring title and the Oklahoma City Thunder’s post-season run til now and the Nike Basketball team has decided to give a push to his [...] 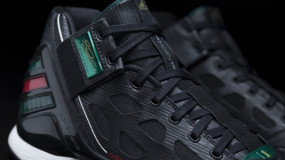 December 9, 2011 – Ben Berry    The adiZero Rose 2 by adidas has been one of my favorite sneakers this year for multiple reasons. We first showed you what the sneaker looks like in the new NBA 2K12 but now we have the official release We previously gave these the “Gucci” stamp due to [...] 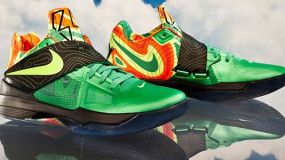 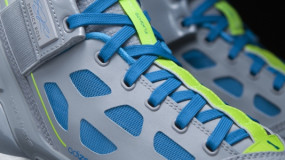 November 22, 2011 – Ben Berry Next month adidas Basketball is set to release a new adiZero Rose 2.0 inspired by the uniforms of the Simeon Career Academy Wolverines; the high school team Derrick Rose played on. Those familiar with the Simeon Wolverines know that their colors are fluorescent blue and a bright yellow so [...]