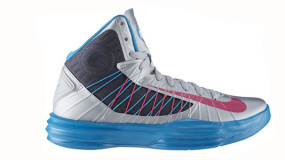 July 17, 2012 – Ben Berry The World Basketball Festival is in full swing right now and to celebrate, Nike Basketball is scheduled to release a set of sneakers drawing inspiration from the event early next month. Unlike the more tonal sneaker sets seen on the Jordan Brand City Pack for the WBF, this pack [...] 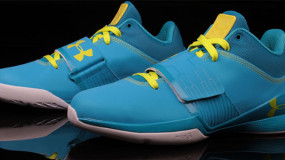 July 13, 2012 – Ben Berry Between the detailed images of the ‘Yellow Bracket’ pair surfacing recently as well as pair the ‘Pink Bracket’ Bloodline getting a surprise release last week, it is safe to say that Under Armour hasn’t completely forgotten about the Micro G Bloodline. The ‘Patterson High School’ player-exclusive Micro G Bloodline [...] 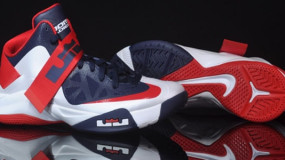 July 11, 2012 – Ben Berry The first installment in the Zoom Soldier was crazy, but ever since then the series fell into a bland combination of Zoom Air capsules and rubber with very little pleasing aesthetics. Zoom Air has been a staple in this series but with this model comes into the realm of [...] 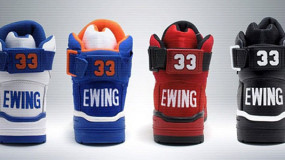 July 9, 2012 – Ben Berry Since the announcement of Ewing Athletics returning, there has been a lot of speculation on which models would be the first Patrick Ewing sneaker to be given the Retro treatment. Enter the Ewing 33 Hi. The two Knicks-inspired colorways were a given and will drop alongside a Red/Black pair [...] 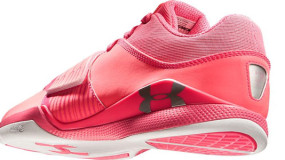 July 6, 2012 – Ben Berry Last week when talking about the ‘Yellow Bracket’ Micro G Bloodline by Under Armour I made mention to a pink pair. Even though this isn’t the original ‘Breast Cancer Awareness’ Bloodline on display at the Under Armour Bloodline release party last year, you can’t deny the nickname that these [...]

July 6, 2012 – Ben Berry Every summer the World Basketball Festival events draws massive amounts of crowds and with the three locations this year, there will be city-specific sets with two pairs of kicks being inspired by each of the cities the WBF will take place in totaling six pairs of sneakers all together. [...] 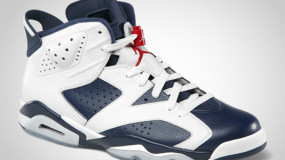 July 5, 2012 – Ben Berry The Air Jordan VI in the ‘Olympic’ colorway seen during the 2000 Olympic Games on elite Jordan Brand player Ray Allen makes its first Retro return nearly identical to the original sneaker. The only difference from the original Retro+ pair to these are the updated materials we’ve come to [...] 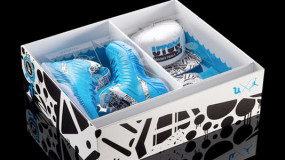 July 3, 2012 – Ben Berry We were one of the first sites with the Jordan Super.Fly weeks before its release because, simply put, the sneaker is that much of a performance powerhouse. The first five pairs have just hit stores so you now have the chance to see what I was talking about, but [...] 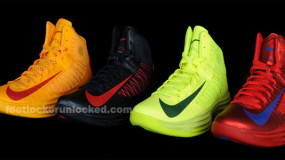 July 2, 2012 – Ben Berry Four countries are represented in this pack in the form of Brazil, China, USA, and the yet-to-qualify team from Puerto Rico. From these official images we see that along with the ‘Home’ version of the Team USA Hyperdunk, the Obsidian/Red pair serves as an away-type color for Team USA. [...]

June 29, 2012 – Ben Berry Officially dropping the year off of the sneaker name itself, the now-branding Hyperdunk+ not only officially hits stores today, but is added to the list of sneakers that can be customized on NikeID. Besides just getting a pair of sneakers and for $110 more, you are given the option [...]