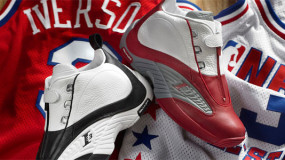 August 10, 2012 – Ben Berry Reebok continues to re-release classic Allen Iverson signature sneakers with the return of the Answer IV. Before John Wall became the premiere Reebok Basketball athlete, another single-number point guard was the face of the company in the form of Allen Iverson. True to the original pair from the year [...] 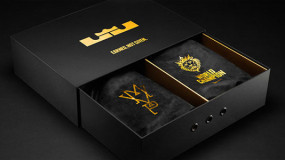 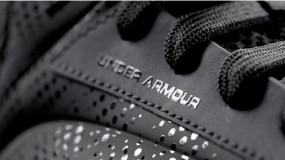 August 8, 2012 – Ben Berry Judging by the quality that the Bloodline and Juke were made with, I knew that the Torch had to make our list of the 5 most anticipated performance basketball sneakers for the second half of 2012. The 3M reflective element that Under Armour has come to incorporate in a [...] 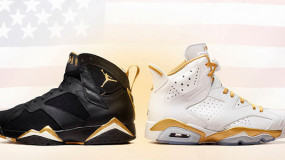 August 8, 2012 – Ben Berry The one color that all Olympic nations should be having their eye on is gold. We see that Jordan Brand has their eyes on the prize by the upcoming release of the ‘Golden Moments Pack’. This latest Air Jordan package features a Jordan VI and a Jordan VII, both [...] 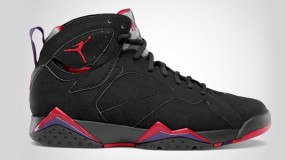 August 1, 2012 – Ben Berry With the Air Jordan VII playing host to some of the most classic Jordan silhouettes, leaving the ‘Raptor’ Jordan VII off of our list of the 6 best OG Jordans releasing in the second half of 2012 as a snub of sorts. There was a good amount of debate [...] 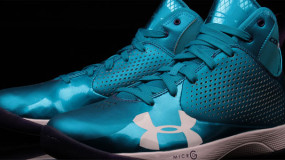 July 27, 2012 – Ben Berry Last week Under Armour made it official that for the next few weeks we’ll see be seeing a pair of Player Exclusives every Friday drop on their online store. This week’s release would be familiar to our avid Kicks readers. In early June, Under Armour took their Grind Session [...] 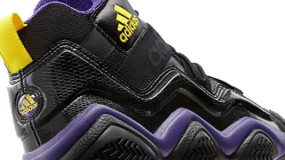 July 25, 2012 – Ben Berry Back when Kobe Bryant was with adidas he was known to be steadily rocking the Top Ten 2000. If this colorway was around when he was putting on for the Stripes, we would definitely seen Kobe lace these up on the hardwood; number 8 and all. This sneaker dropped [...] 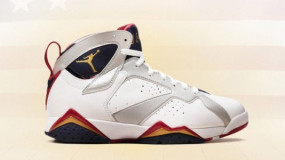 July 17, 2012 – Ben Berry In case you hadn’t gotten your fill of Olympic-themed sneakers from Jordan Brand last week with the ‘Olympic’ Jordan VI, July is the month for you. As apart of this two-sneaker set, the Jordan Super.Fly is seen here in Team USA colors with a white Hyperfuse upper, navy mid-sole [...] 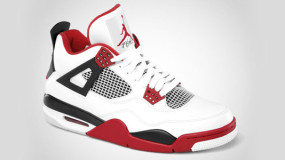 July 23, 2012 – Ben Berry One original Air Jordan colorway that did not make our illustrious list of OG Jordans returning in 2012 is the ‘Varsity Red’ Jordan IV. Jordan Brand follows a few distinct patterns every year when it comes to releases. One of them being whichever model used in the Doernbecher Children’s [...] 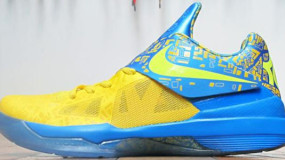 July 19, 2012 – Ben Berry Back in May we gave you your first look at the ‘Scoring Title’ Zoom KD IV with detailed pictures but now there is a definitely release date. A lot of Kevin Durant’s fourth signature sneaker had plenty of detailing and this one is no different. The Zoom KD IV [...]