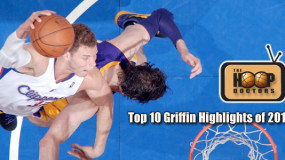 In one of our final (save the best for last) 2012 season recap videos as we head into the new NBA season, we showcase the modern day ‘human highlight film’. LA Clippers Blake Griffin had more than enough clips to choose from, but here are our Top 10 Blake Griffin Plays from 2012. Let us [...] 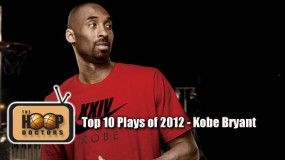 September 17, 2012 – The Hoop Doctors We’ve done a variety of recap highlight mixes this summer, showcasing the amazing 2012 lockout season. But one player who went off in the scoring department again this season that hasn’t received as much love as he should have from “THD Video”, is Kobe Bryant. Not to worry [...]

September 6, 2012 – The Hoop Doctors Lebron James had a year for the history books. League MVP, Finals MVP, NBA Championship, Olympic Gold Medalist to name a few. That spotlight throughout the year cast a bit of a shadow over the incredible season of the OKC Thunder superstar and league leading scorer Kevin Durant. [...]

August 29, 2012 – The Hoop Doctors I swear that you could make this mix using only Ricky Rubio highlights from his rookie season in 2012. And he didn’t even play a full season before getting injured! Watching some of these passes you will realize he is one creative and filthy passing individual. That said, [...] 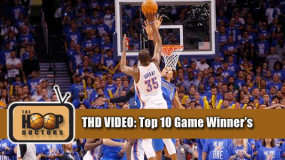 August 21, 2012 – The Hoop Doctors Even though there were less games played in this lockout shortened season, the 2012 year was chalk full of excitement on a nightly basis. It was extremely difficult for us to whittle down all the buzzer beaters and game winning shots to a Top 10 this year, but [...] 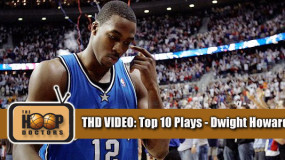 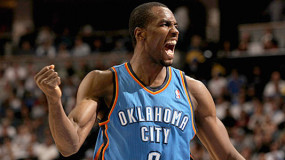 August 6, 2012 – The Hoop Doctors Adrenaline fueled offense is celebrated extensively in the NBA, and rightfully so. Who doesn’t love watching replays of the top dunkers in the NBA for example. But when it comes to the straight goods, more love needs to be paid to the hustle of the NBA’s top defensive [...] 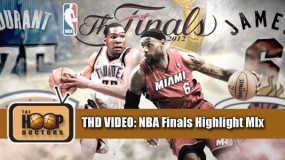 July 2, 2012 – The Hoop Doctors In our final series highlight mix from the 2012 post-season, we took a bit of extra time to produce it to make sure we got it right. Our video editor worked hard to try and capture the experience from a fan perspective of either team. Sit back and [...] 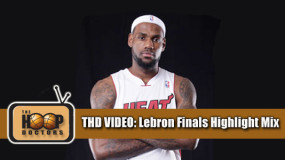 June 22, 2012 – The Hoop Doctors Lebron James has had the memory of his 2011 NBA Finals collapse in his mind all season long. He has even stated publicly that it has been one of his major motivators in training for this season. So its no surprise that in this year’s NBA Finals against [...]

June 15, 2012 – The Hoop Doctors With the NBA Finals action well underway, and the championship series tied at 1-1, we thought it was a good time to look back at the amazing plays we were witness to in the Conference Finals. Apparently some of these stars in the Finals like Lebron James, Dwyane [...]