admin December 24, 2022 Blogs No Comments on Cleveland Cavaliers ready to contend for the first time since Lebron 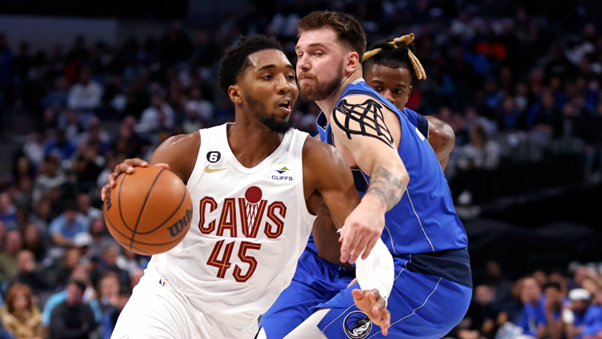 While NBA isn’t necessarily about solo performances anymore, Donovan Mitchell has taken on that mantle at times this season. Source: Stadium Astro

The Cleveland Cavaliers have been one of those teams that kind of come and go. They go from looking incredible to looking mediocre within a short space of time. However, when they had Lebron James, they looked kind of phenomenal didn’t they? During his second stint with the franchise, between 2014-2018, the Cavaliers looked like a genuine challenger and they did go on to win their only championship in their franchise history in 2016. They won back to back conference titles during the second stint of Lebron also. 2015-2018 they won 4 conference titles in a row.

But, since the departure of Lebron to the Los Angeles Lakers in 2018, the Cavaliers have looked a little bit lost. That isn’t to say their entire identity and their entire team revolved around Lebron, but there is no denying that having somebody like Lebron in the dressing room helps everybody else achieve another level of performance, a level they may not have had access to prior to that. The presence of a true superstar can do crazy things to other professionals.

For the 2022-23 season and in some respects the 2021-22 season where they ended with a 44-38 record. It is as if something has clicked for the Cavaliers. After making 4 finals in a row during Lebron’s second stint, the Cavaliers haven’t made the playoffs for 4 seasons in a row, getting absolutely hammered in 3 of those seasons, including a 19-63 record in 2019. This season however, they have already got more wins than that as they sit 21-11, which has them sitting 3rd in not only the Eastern Conference, but they currently have the 3rd best record in the NBA right now. But what has changed for the Cavaliers to get their engine purring?

Well, the first thing is that they seem to be genuinely enjoying their basketball, they have a good young squad right now and when you have youngsters who have the talent and are enjoying what they do with a good mixture of experienced heads like 34 year old Kevin Love, it’s a great recipe for success. But that isn’t the only reason why they’re doing so well right now.

There’s something about the NBA where people seem to believe it’s all about individual performances, it’s all about that one big name superstar and while we have seen that at times this season, with Donovan Mitchell or Jarrett Allen or even Darius Garland coming up with huge performances to drag the Cavs through results, the main thing for this team is just that, the team. While the Cavs WERE LeBron James in the past, that just isn’t the case right now and the fact they’re all in this together and act like it is a special thing for the team and the sport. This current team are all unselfish and they all seem to genuinely put in the effort to help each other succeed. A real joy to watch. 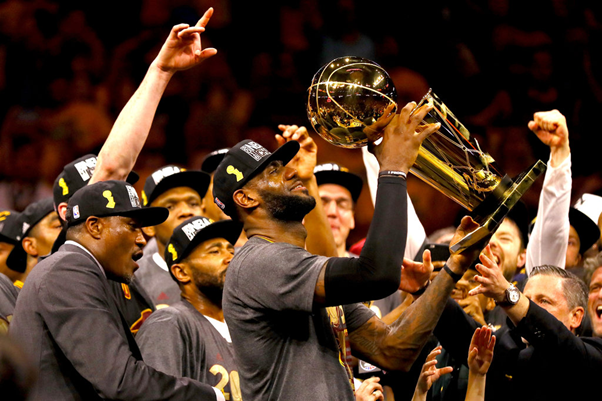 The Cavs during LeBrons second stint were a different animal, but could they repeat the 2016 feat this season? Source: NY Times

Then there’s the elephant in the room. The fact the Cavs currently have a winning recipe and are, at least they are at this moment in time, winning more frequently than they’re losing. It is going to help build confidence. If they can ride that confidence and keep winning, it’s only going to get better and better. While they did look a really good team last season, they ran out of gas around the midway mark of the season. But this feels different, the experience from last season clearly helped them grow as professionals and people alike. As a young group they’re only going to get better but as Jurgen Klopp would say, they’re “Mentality Monsters” and that shows in their form and rate of improvement. There is a lot to like about this team and they’re only going to keep getting better as time goes on!

With that being said the Cavs will be wanting to keep their 4 game winning streak running, but to find out whether we think that is possible, we need to take a look at their next game and see what the experts think will be the outcome. For their next game, the Cavs host the Milwaukee Bucks, who currently have the best record in the NBA, sitting 22-8, but will the Cavs home court advantage be a big thing here?

For the Cavs they boast a 15-2 home record, which is currently the best home record in the league, while the Bucks away record sits at 8-5, for odds we took a look at Caesars who have an early registration offer with a chance to win tickets for Cavaliers games, and they seem to think the home form Vs away form will be a big thing here, as they have the Cavs sitting at -130 favourites, which would see a return of $8.84 from a $5 stake. While a $5 stake on the +110 underdogs and NBA leaders the Bucks will see a return of $10.50.

While we’re here it’s probably worth taking a look at what kind of odds you could get on the Cavaliers to go all the way and lift the Championship this season. The odds and favourites for this are quite interesting to me, while the Cavs find themselves with the 3rd best record in the NBA, they are currently tied as the 9th favourite for the Championship with the New Orleans Pelicans at +2000, which would return $105 from a $5 stake. The current favourites for the championship are the Boston Celtics at +333, which would return $21.66 from the same $5 stake. The Celtics do look like a great team right now and are 22-9 in the league this season, so maybe that is warranted but the odds on the Cavs are kinda crazy in my opinion.

So, Cavs fans, how are we feeling for the rest of this season? Do we think the team has what it takes to make a playoff run this season? Or are we just happy with making the playoffs in general right now? It’s no secret that they look really good at this moment in time, but do they look good enough to make it deep in the playoffs? For me, personally. I think given the past few seasons, for the Cavs to make the playoffs this season and maybe fall flat on their faces there would only help them. There’s an issue you could have where you make it deep once and then think you don’t have to change anything moving forward.

But we know how hard it is to win a championship and if you think you don’t have to change anything, there is always the chance that you mess up the next season and fall flat on your face well before the playoffs. For me, if you make the playoffs and don’t make it past the first round, you know you need more work and in the off season you can make the trades you need to take you that one step further and make a final or even win a championship. Do you agree? Do you think the Cavs are one or two solid additions from potentially winning their second Championship? Or is there more work than that to be done?