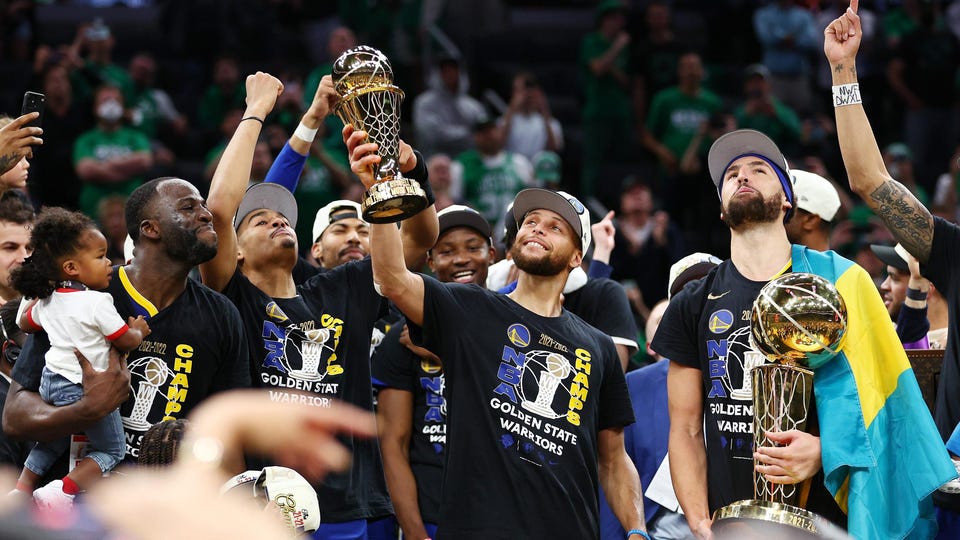 The 2021-22 NBA season is a distant memory at this point, with the Warriors lifting the trophy. With that, the year-long festival is over. However, while the finals mark the end of the 2021-22 NBA league, it also means that the NBA league 2022-23 is right next corner or, most precisely – the 18th of October.

Teams have already made the most out of the off-season. But, which are the teams that can be good contenders to win this new season?

Most teams that qualified for the playoffs would be on our list. We are saying that because these teams retained most of their original players who played the last season.
Meanwhile, we have also kept a close eye on emerging teams that hold the potential to dethrone the new king.

The NBA is one of the most popular leagues worldwide. It’s one of the sports that most people watch and bet on games. If you are interested in earning from the games, visit basketball parlays today.

After seeing the new team members and their performance in the last season, we have created a list of the team based on their power ranking.
So without waiting any further, let’s jump into it.

Golden State Warriors were never the contender or shown any potential of winning the 2021-22 NBA championships. But with all the odds stacked against them, they made it to the finals and even won their fourth title in the last eight years.

Although there was conversation surrounding the team having older players, their plays have certainly proved that this team has something which the team of 2016-17 and 2017-18 lacked.
Based on their last performance, they have also become the favorites to win this season.

It was really hard for Khris Middleton to miss in the second round of the league because of the injury and watching the Celtic and Warriors playing the finals.
Celtic were trailing behind Milwaukee and needed seven games to win that series. If Middleton had been available, we might have seen different teams playing for the finals.
This season Middleton is fresh and all set to get back what he lost in the last season.

While luck has certainly played a big role for Boston to help them climb the ladders to the final, they made some mistakes that cost them the match, especially losing that three straight.
When Celtic was 19-21, only a few people might have thought that their resolve to win matches would continue in the future. But, they played like champions and ultimately made it to the finals. If only they could have avoided the mistakes, they could have been the champions.
The Celtics will look back at their mistakes and try to improve them. If they can pull themselves back, they certainly hold the potential to win this season.

If the Los Angeles Clippers are healthy for the next season, they have the players that can dominate the court in every aspect. If Nicolas Batum returns, he will be one of the most talked about players of the season. Adding home with Luke Kennard, Robert Covington, and Marcus Morris, these four could probably become the starting roster for any match.
If you ask us, it looks like we are looking at the older version of the team with the potential to win the championship.

The Denver Nuggets team might be rough around the edges, but Calvin Booth will try to polish them. If we soup these efforts with Jamal Murray and Michael Porter Jr. on the team, we can see a winning team combination on the court.
The reason why we are saying this is because, among all the players who have scored more than 500 points in three-pointers, Michael Porter Jr. has the highest effective field goal.

Memphis Grizzlies are back in action with their old stars on the team. According to experts, it is believed that Desmond Bane, Dillon Brooks, Stevan Adams, Ja Morant, and other big names are making a comeback to the team.
If the information is true, the Grizzlies will be looking forward to taking their game to the next level and, if possible winning it.

Yes…yes… You might be wondering why Atlanta is in the least despite being one of the most disappointing teams last season. Despite their magical run in the Eastern Conference final, they fell 5 matches short of their preseason and got crushed in the first round of playoffs by the Miami Heat.
While they might have shown disappointing results, it would be a lie to say that they do not hold the potential to take the cup this season. With John Collins, Kevin Huerter, and Trae Young, the growth of this team is more than any other team.

Jalen Brunson is the star player for Dallas. Perhaps this is the only reason why the New York Knicks hired his father as an assistant coach. However, it doesn’t seem like Jalen is willing to leave Dallas.
Over the last two seasons, Dallas has proven himself to be one of the players that can dominate the court. If Jalen can get the support from Christian Wood, The Mavericks’ offense can be scary next season.

Despite the earlier rumbling of the Brooklyn Nets that the team was not willing to give Kyrie Irving a long-term extension, we can see the indication where the team can have both Brooklyn and its all-star point guard.

If we give our ears to all the rumors, Brooklyn will enter the next season with the big three – Irving, Ben Simmons, and Kevin Durant. If those fives take the court together, they will be formidable.

The Phoenix Suns won 64 games. Before imploding in the playoffs. That was an unlucky match for them, perhaps. After their tenure ended in the playoffs, most of the attention was directed towards the 6th and 7th games, in which they lost 17 and 33. Experts believe that the dropping of the games against the New Orleans Pelicans can also be the underlying reason.
We expect that all the drama and disappointment this team experienced in the last season can make their resolve strong, and the Sun can make another deep playoff run.

As long as Jimmy Butler and Erik Spoelstra remain in the team, the team looks pretty good and well-balanced. Considering Miami Heat were the number 1 seed from the east, even that may be underselling the team.
While the team is considered balanced, we have seen that they lack offensive strength in long stretches. This is where landing Donovan Mitchell can help the team build the most complete team.

The offseason for the 76ers has been quite an uproar with the question – of what they are going to do with James Harden. The team is in a sensitive situation where if Harden leaves the team, the team will lose all hope of winning the season, and if they overpay him, they might not be able to create a match-winning team.
Despite all the chaos happening in the team, the team is in no way a weak team. If Harden stays, there is going to be some action on the court.

The Minnesota Timberwolves have already made the big move to win the next championship match by luring the Denver Nuggets president of basketball with a five-year and $40 million deal.
In addition to that, the team also has one of the best offensive bigs, Karl-Anthony. The combination of these two can build the team stronger.

The offseason for the Bulls has been quite a turmoil. According to NBA reporter March Stein, Zack LaVine is expected to stay on the team. However, Bleachers reports that Zack is expected to resign with the Bulls if everything goes with the free-agency negotiations.
If Zach stays in the team and Lonzo Ball and Alex Caruso join the team, Chicago could be a tough team to beat.

The absence of Zion’s Williamson in the last season and lack of information about his whereabouts was much talked about. However, after a dreadful start with 1-12, the pelicans could finally pull above 0.500 the rest of the way. What’s more, they had three players who averaged 17.

If Zion plays this season, the team will be able to fight better against the other teams, and who knows, we might see them in the finals.

Who Holds The Most Potential To Win The 2022-2023 NBA Championship?

The 2021-22 season came to a close on June 16. When people thought that the Warriors were over, they were able to win their fourth title in eight seasons.
According to the Draftkings sportsbook, Golden State might open the season as a favorite. Other contenders to win the 2022-2023 seasons are Los Angeles Clippers, Boston Celtics, and Phoenix Suns.
Well, this is what we think about the current atmosphere in the NBA industry. What are your thoughts? Who do you think holds the most potential to win the 2022-23 NBA season?